A potential client asked us how we would approach the design for a series of spec houses in Stowe, Vermont. He had been working with two architects who were giving him modified versions of designs that they had developed and executed multiple times over, with very little variation or invention. He told us that he wanted the houses to be like pieces of sculpture: occupiable concepts in the landscape.

In response, we said that we did not know we would approach the design. Rather, that we would work with the client to develop an “idea” for a house, which we would then develop and make real. We proceeded to prepare a presentation of twelve ideas for houses, each of which had at its’ root a simple concept. Examples include a stone wall emerging from the landscape that wraps the living spaces, a house anchored by a pathway that extends into the forest, a house that is a large gateway and canopy, a house that emerges as a part of a slope in the landscape, and a house that is a shaded pergola in the forest.

The backbone of the house is a series of stone walls that extend into the site, that are as much a part of the landscape as they are of the building. 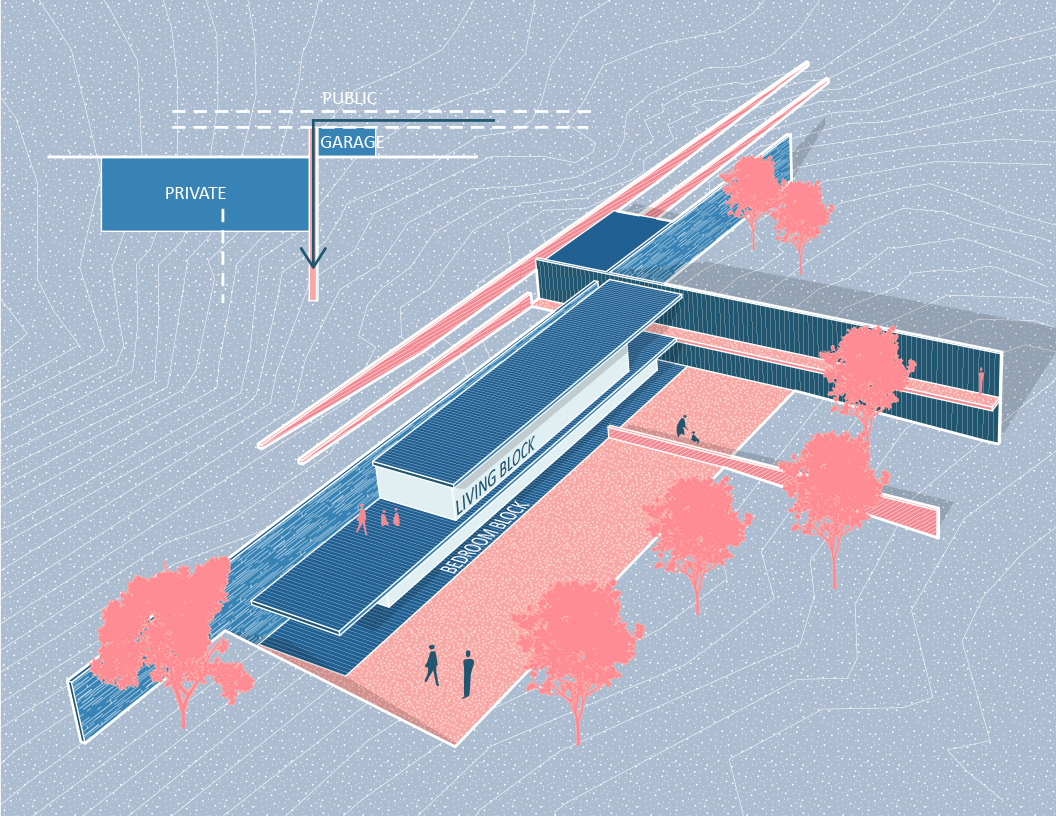 As one approaches the house, one sees a prismatic garden wall cut into the landscape. Upon entering the forecourt, you discover that the wall bounds the living space. 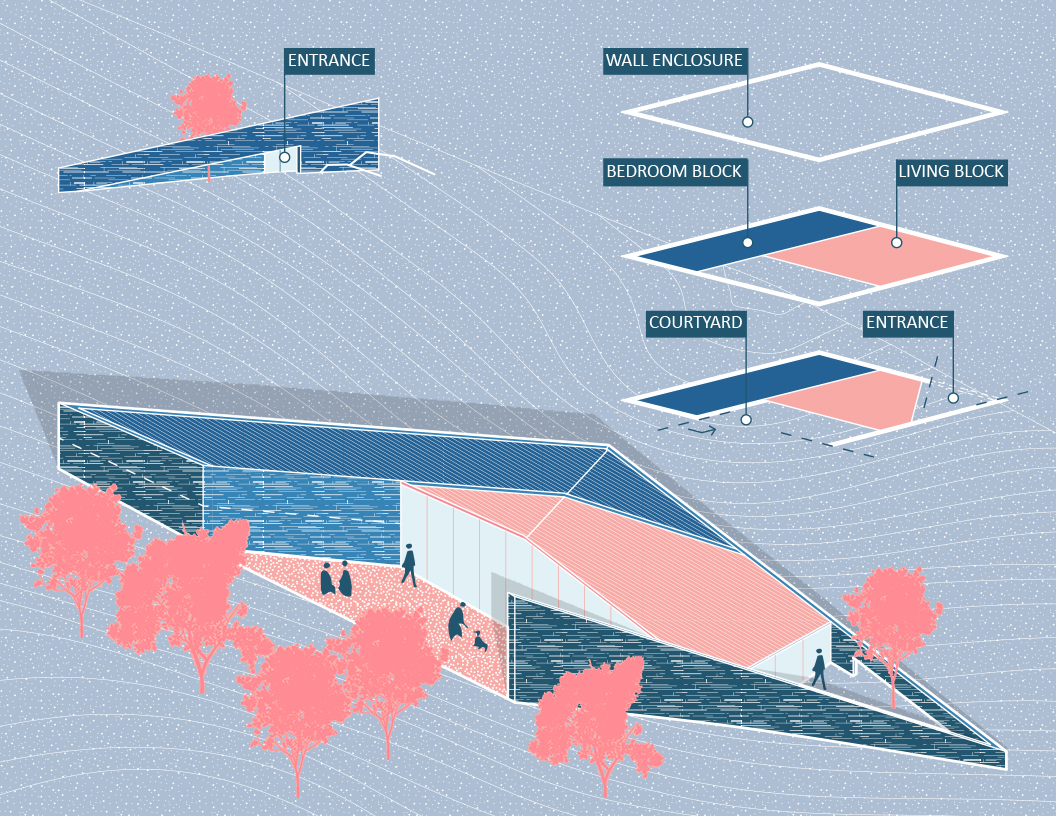 Indoor and outdoor living space are defined by a series of parallel surfaces in the landscape, intersected by the private portions of the house. 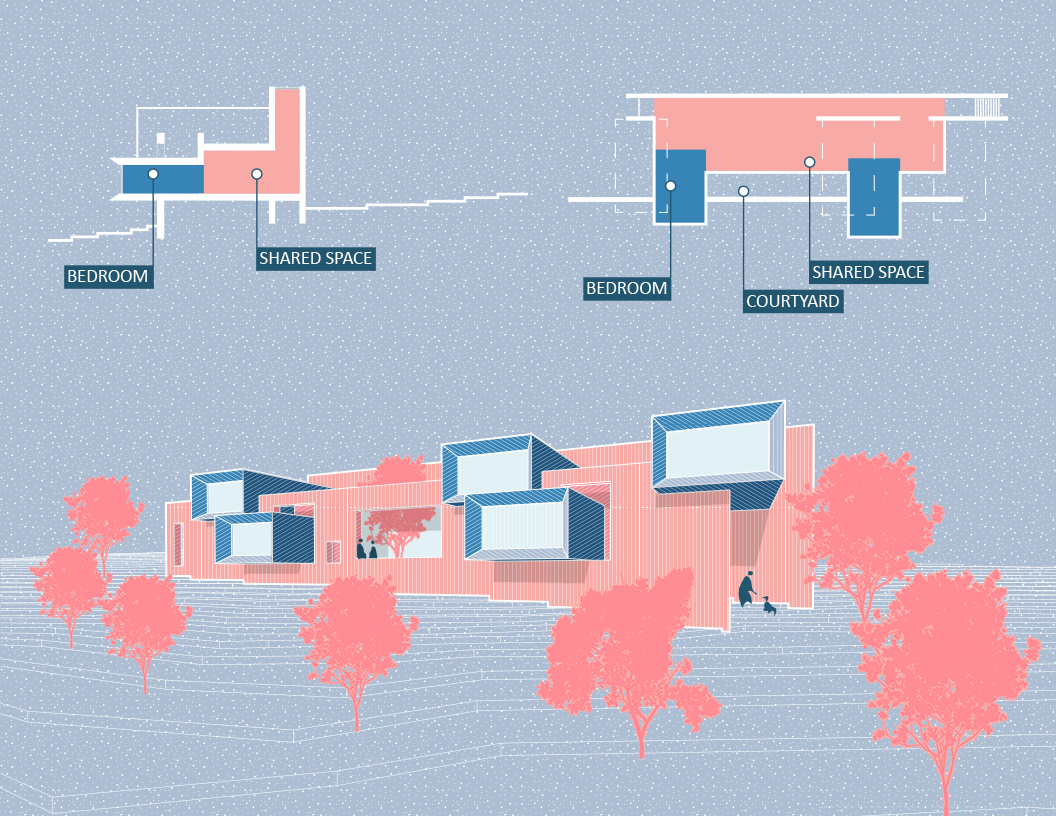 The house is conceived as a mountain with the middle cut out. A canopied rooftop becomes the focal point of the house. 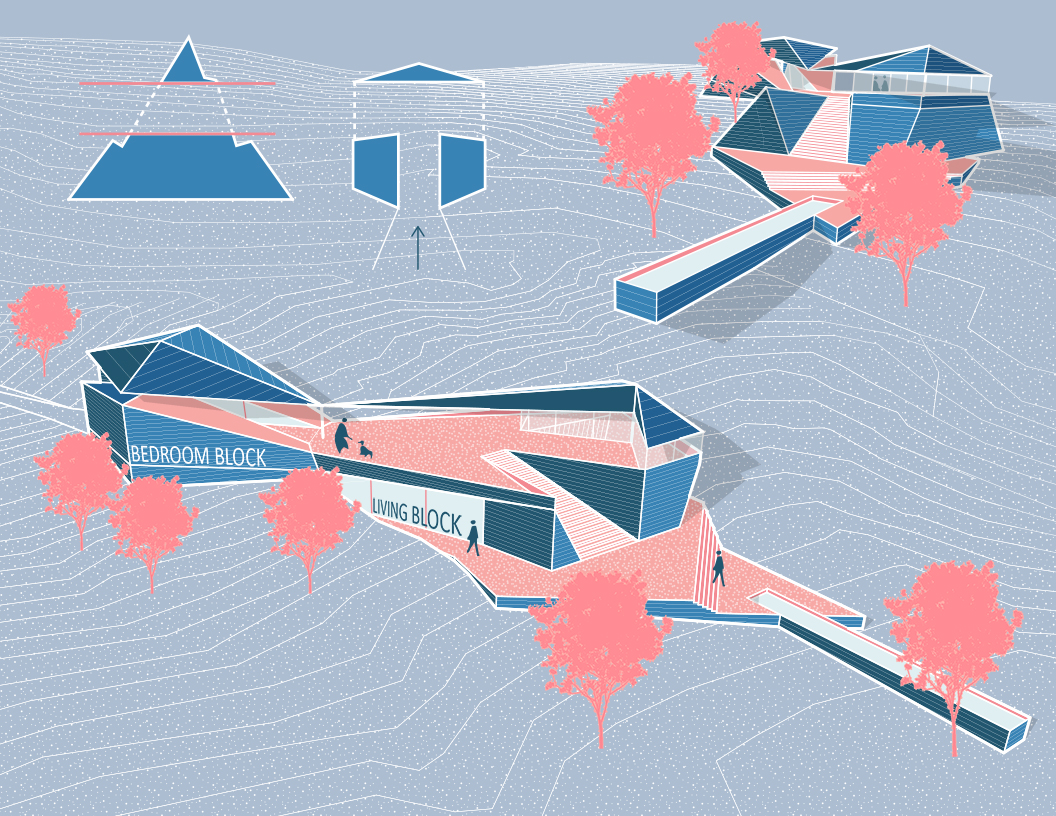 An articulated volume defines the extent of indoor and outdoor living space, with a perforated skin to mediate light and shade. 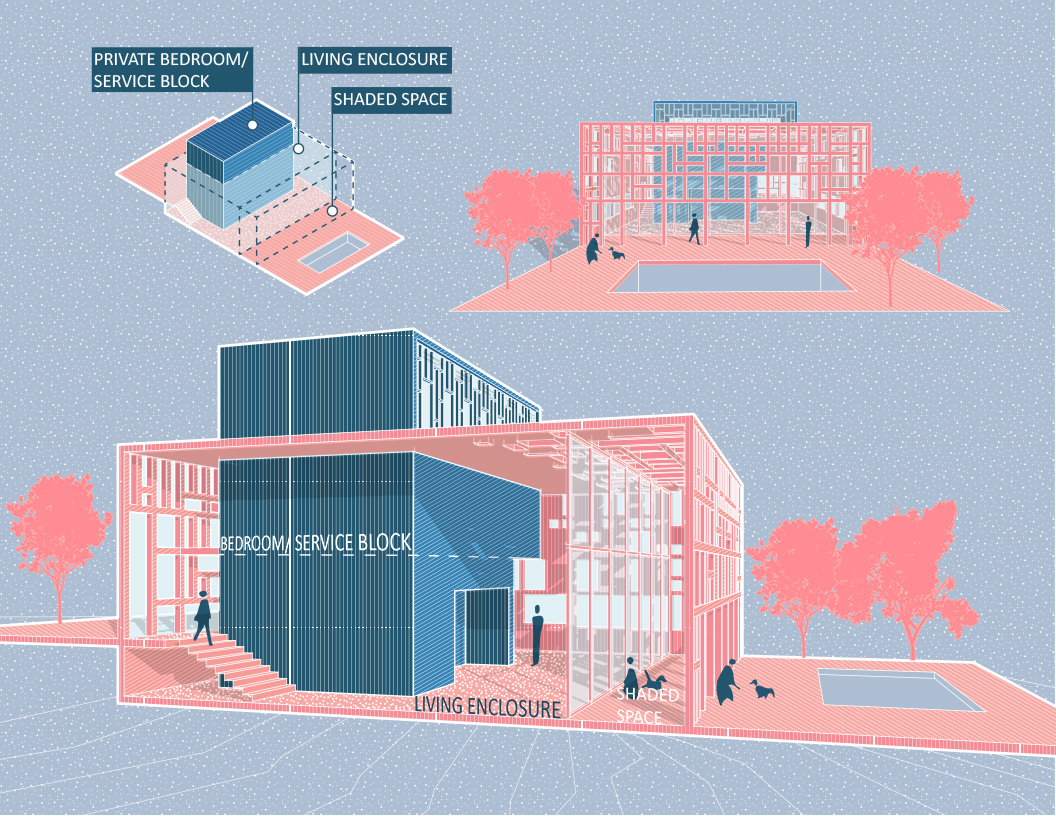 The house volume is an extension of the landscape, into which a garden wall meanders, defining a series of outdoor spaces with varying levels of enclosure. 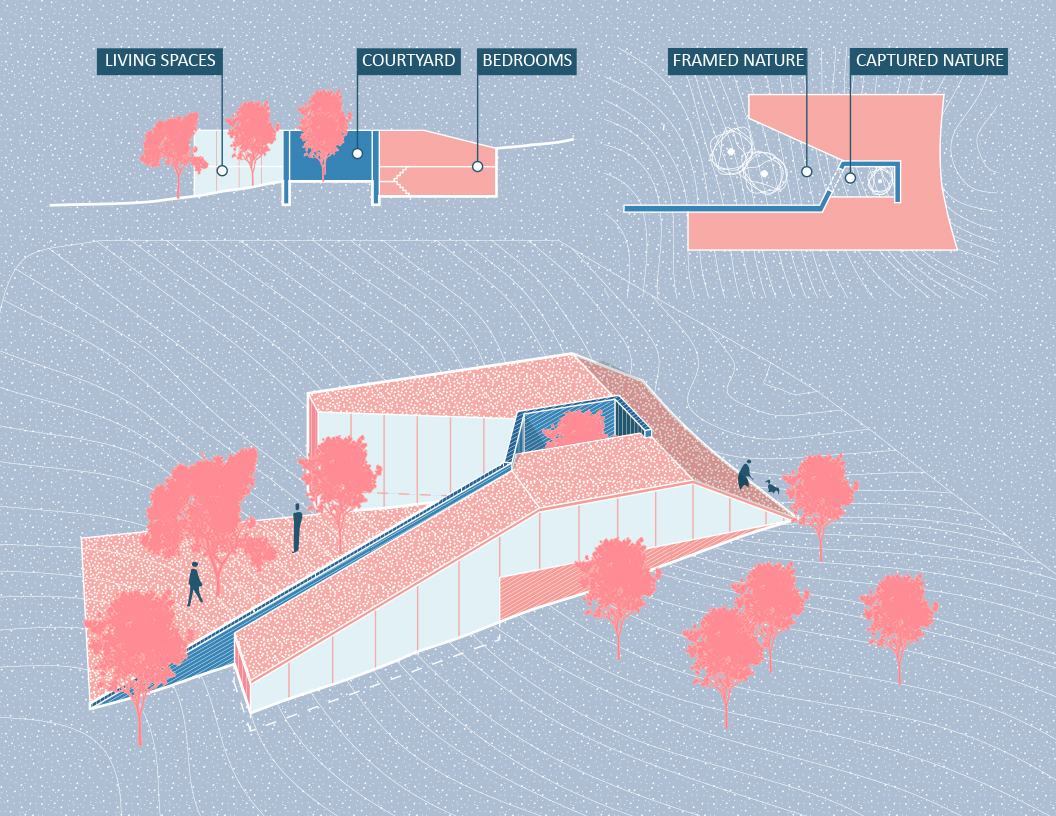 A series of horizontal volumes step with the landscape and modulate between expression as solids and frames, open and enclosed. 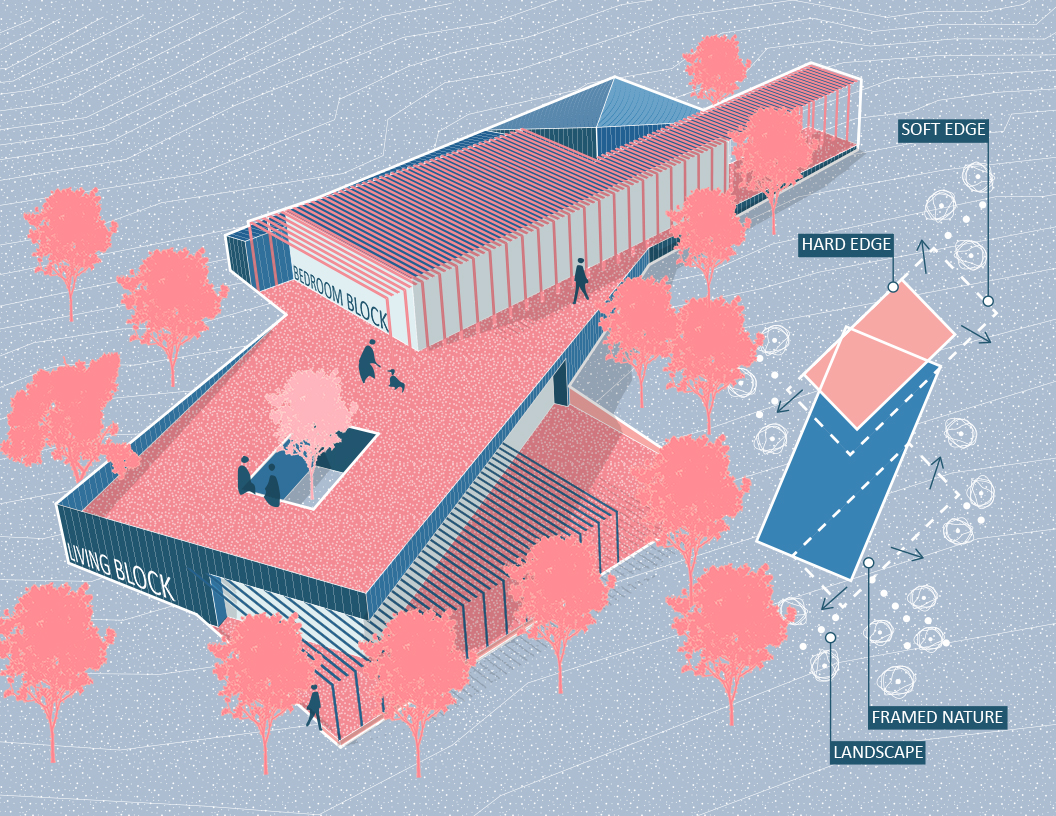 The house is a simple volume. One enters through a constricted entry, expanding into a court which becomes the primary living space framing the landscape. 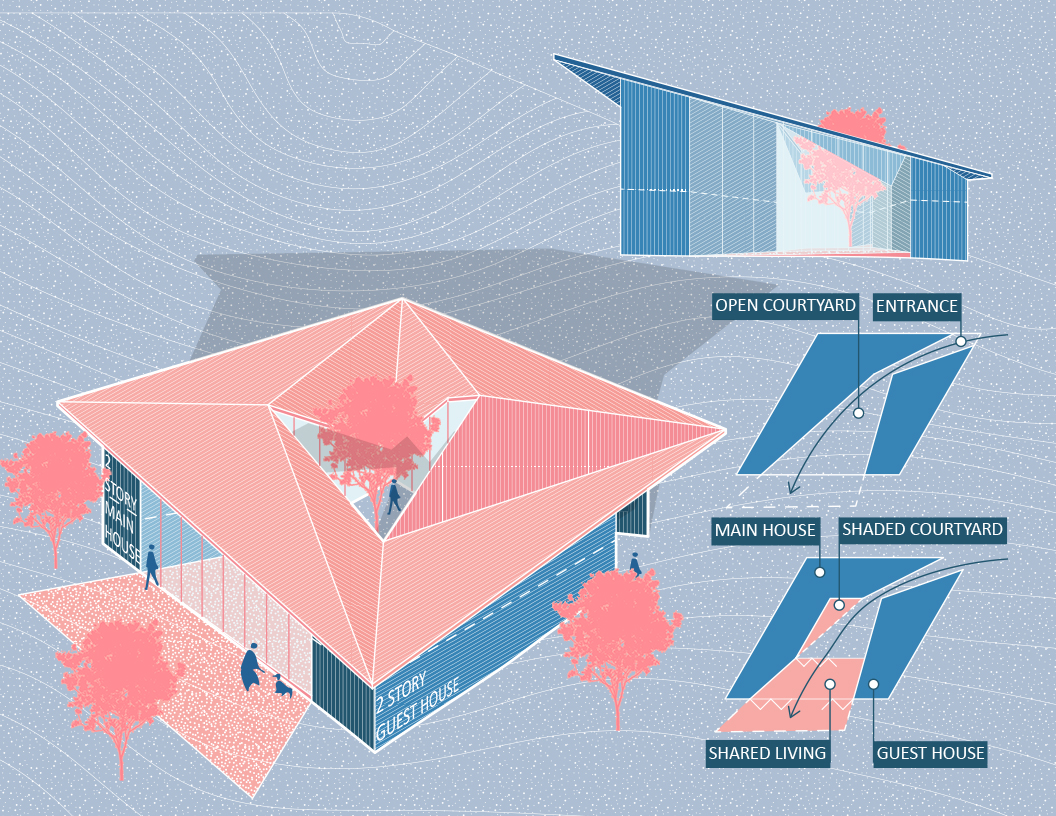 The house is a gateway within the landscape, with multiple paths that move one into and through the house. 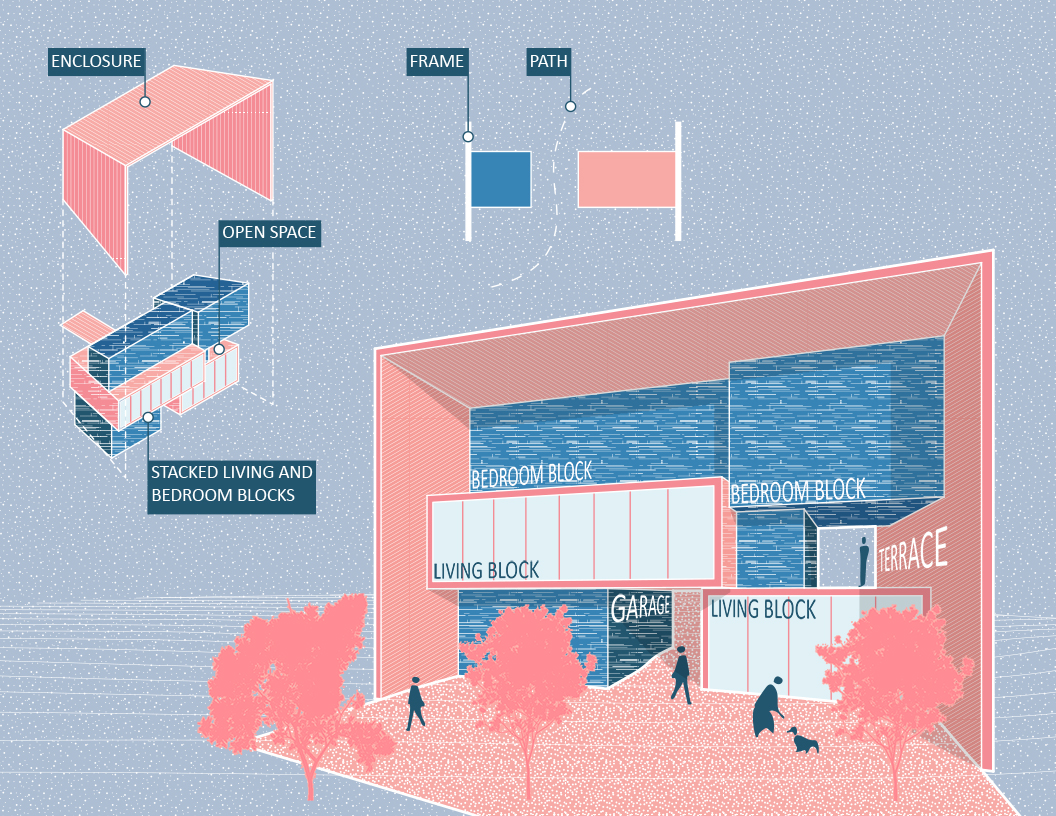 The living spaces of the house are secondary to a woods-like pergola that is conceived as an extension of a path of movement through the site. 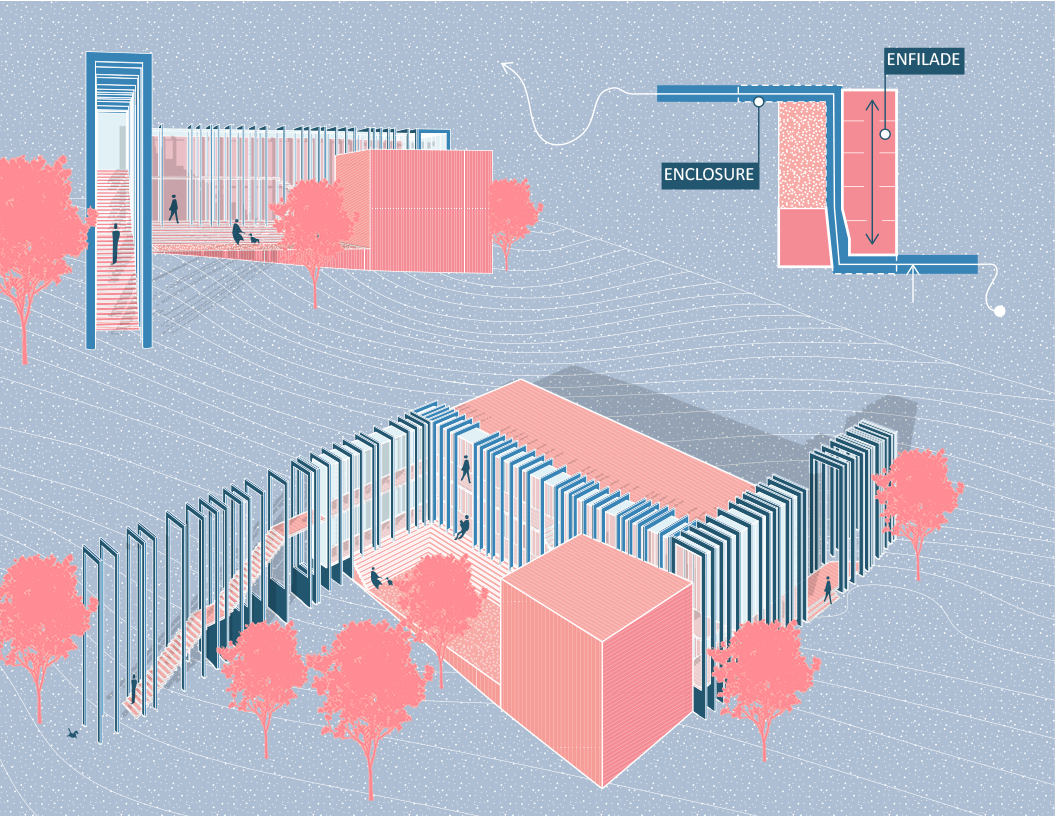 The main living spaces of the house anchor a series of pre-fabricated modules that each contain their own mini-outdoor intimate courts. 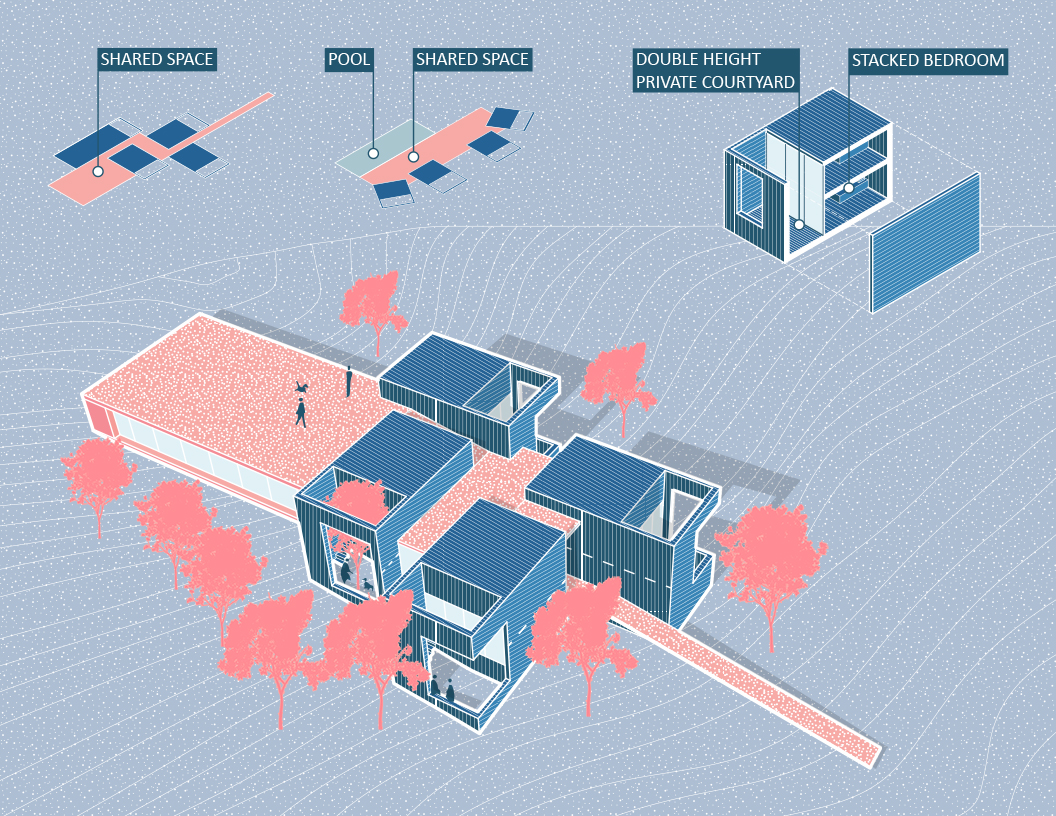 The main living space is terraced along with a lift in the landscape, with a bedroom block above and amenity spaces below. 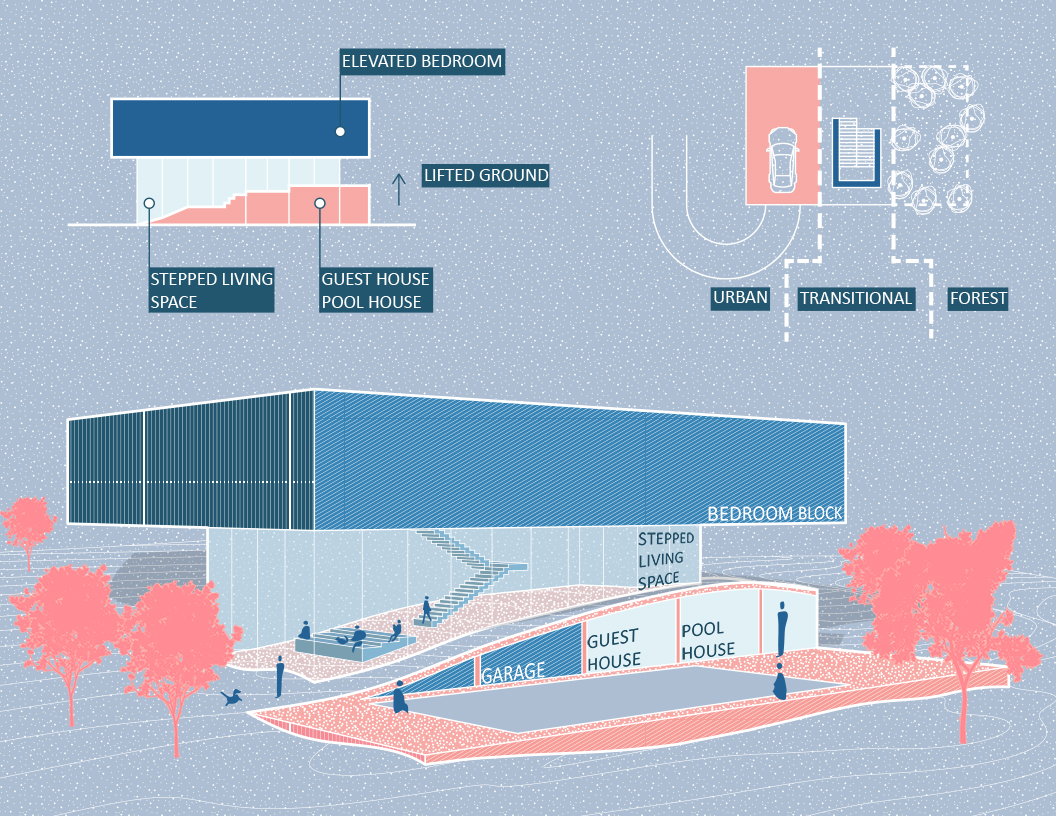