These apartments are located in East Flatbush, where some zoning bulk regulations allow for additions doubling the size of the typical existing one or two-story townhouse. The possible extent of expansion varies from district to district, with R6B zoning allowing for two stories on top of an existing townhouse, to examples in R7 districts with a possible four additional floors or more. It is clear that the additional bulk has a dramatic effect on the existing urban context. With this design we kept the rhythm of the rowhouses while substantially increasing bulk.

In this case, four stories plus a penthouse were added to two existing two-story townhouses. The two buildings are independent from one another but share an almost identical layout. The existing facades are being restored to preserve the language of the site. The curves of the new façade not only reflect the bay windows of the row houses but also allow for balconies to be integrated into the façade, giving the two buildings one cohesive language. Each building holds 10 units ranging from studios to 3 bedrooms with private terraces. The front and back stacking with a central core allows for duplexes and triplexes to maximize the number of bedrooms.

The New York Avenue apartments are currently under construction with anticipated completion in 2022. 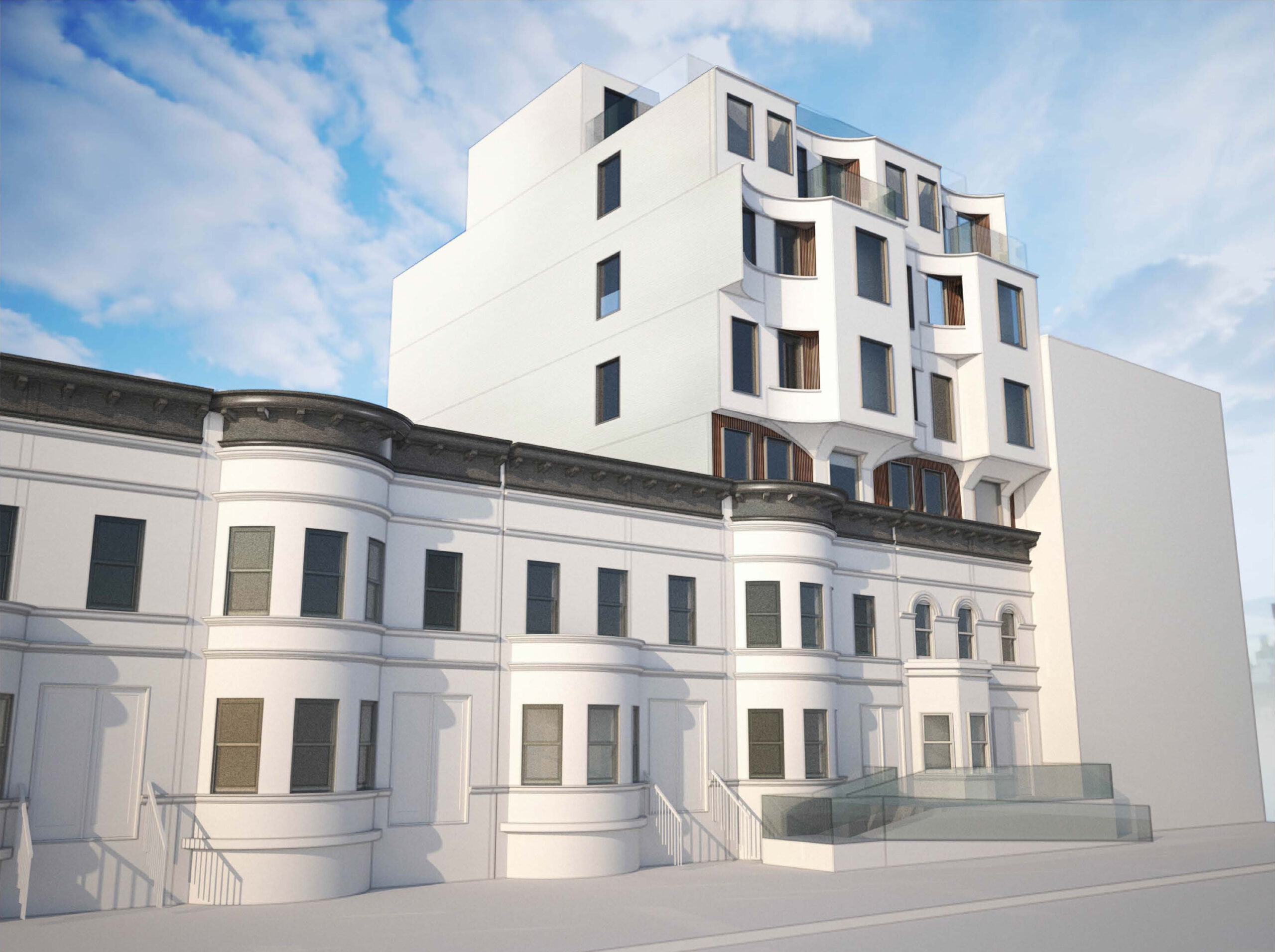 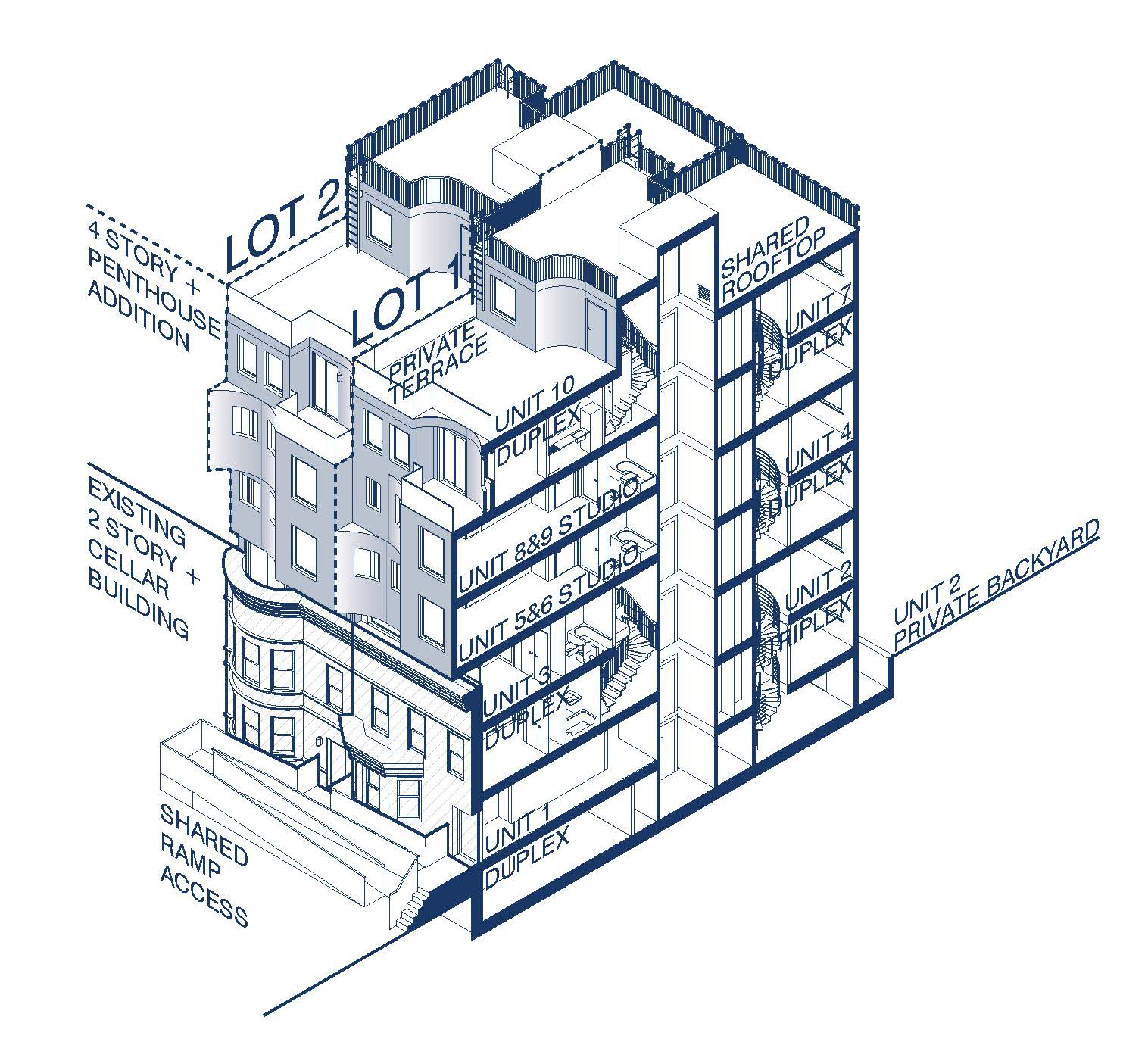 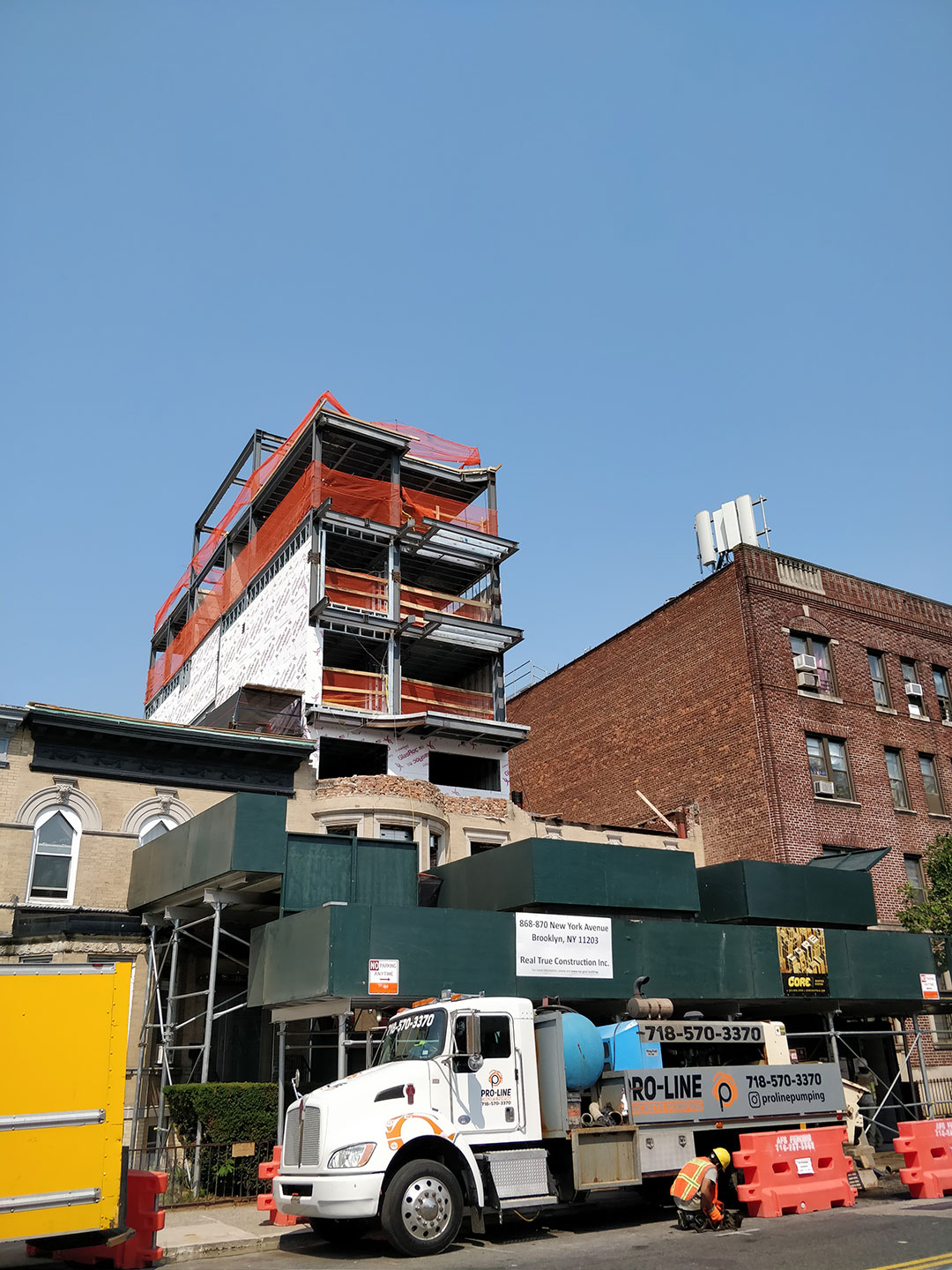