Tribeca Pediatrics’ new location in Bushwick, Brooklyn greets the public with a large circular opening that is located on center to the 20’x20’ fiberglass facade. The circle motif has been a typical design element in all of Tribeca Pediatrics’ practice locations, and is taken to a new level of expression here. The circular facade opening echoes through the depth of the building as an implied cylinder. The cylinder appears both as a three dimensional figure and two dimension profile. At the lobby and corridor, the vaulted ceilings reinforce the three dimensional geometry, while the interior partitions show only a silhouette of cut planes. The building is designed to have a play and waiting area, four exam rooms, nurse station, sick bay, and a mezzanine office level that is accessible via a spiral staircase at the rear. The entire building is a play of geometric intersections and juxtapositions of planes, volumes, and voids. At times, the rhythm of the arcs change through rotations along various axes, creating an implied spherical volume at the respective intersections or as segments of the circle. The facade is a perfect square with the circle/cylinder shape centered symmetrically within. As one moves from front to back, the parallel wall planes create transitions between functional spaces. 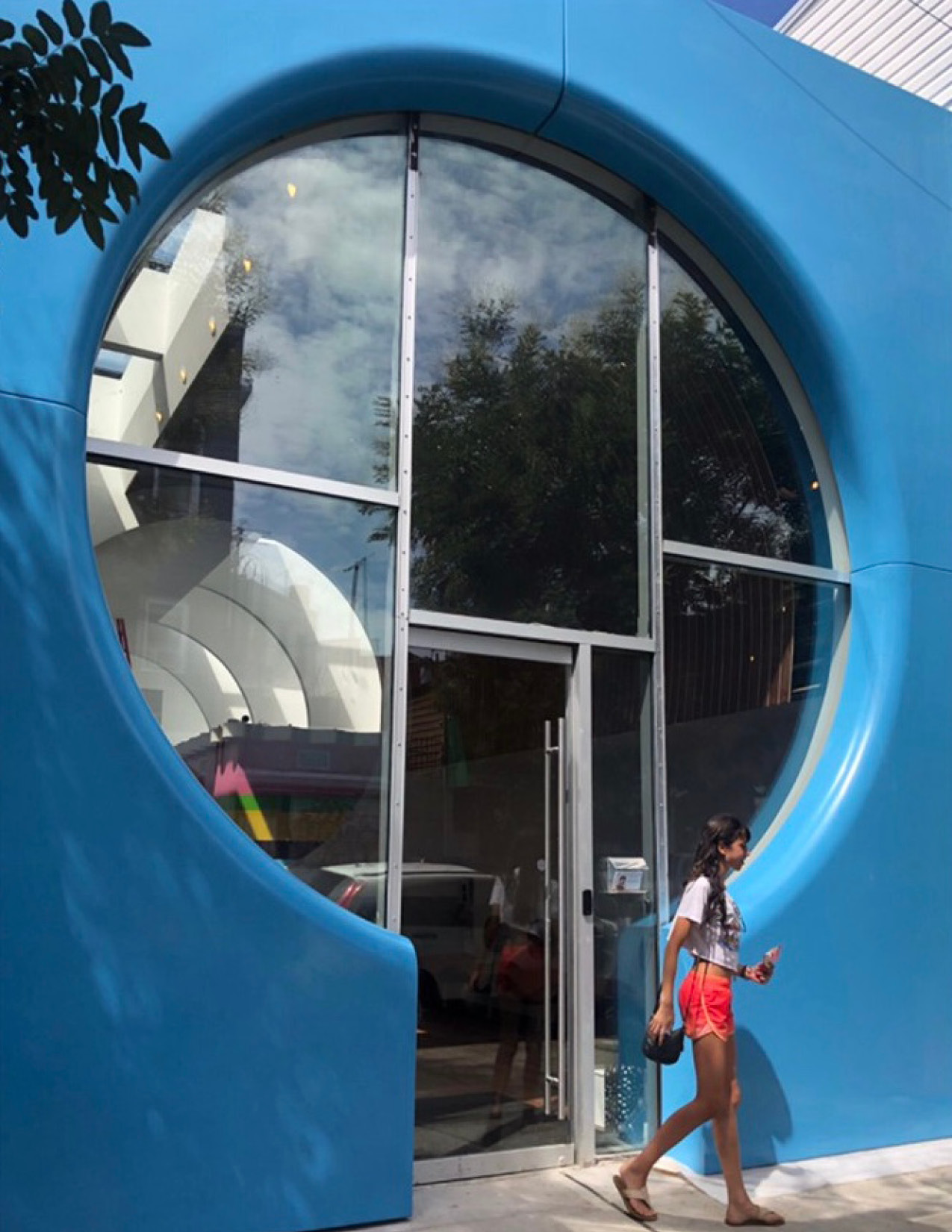 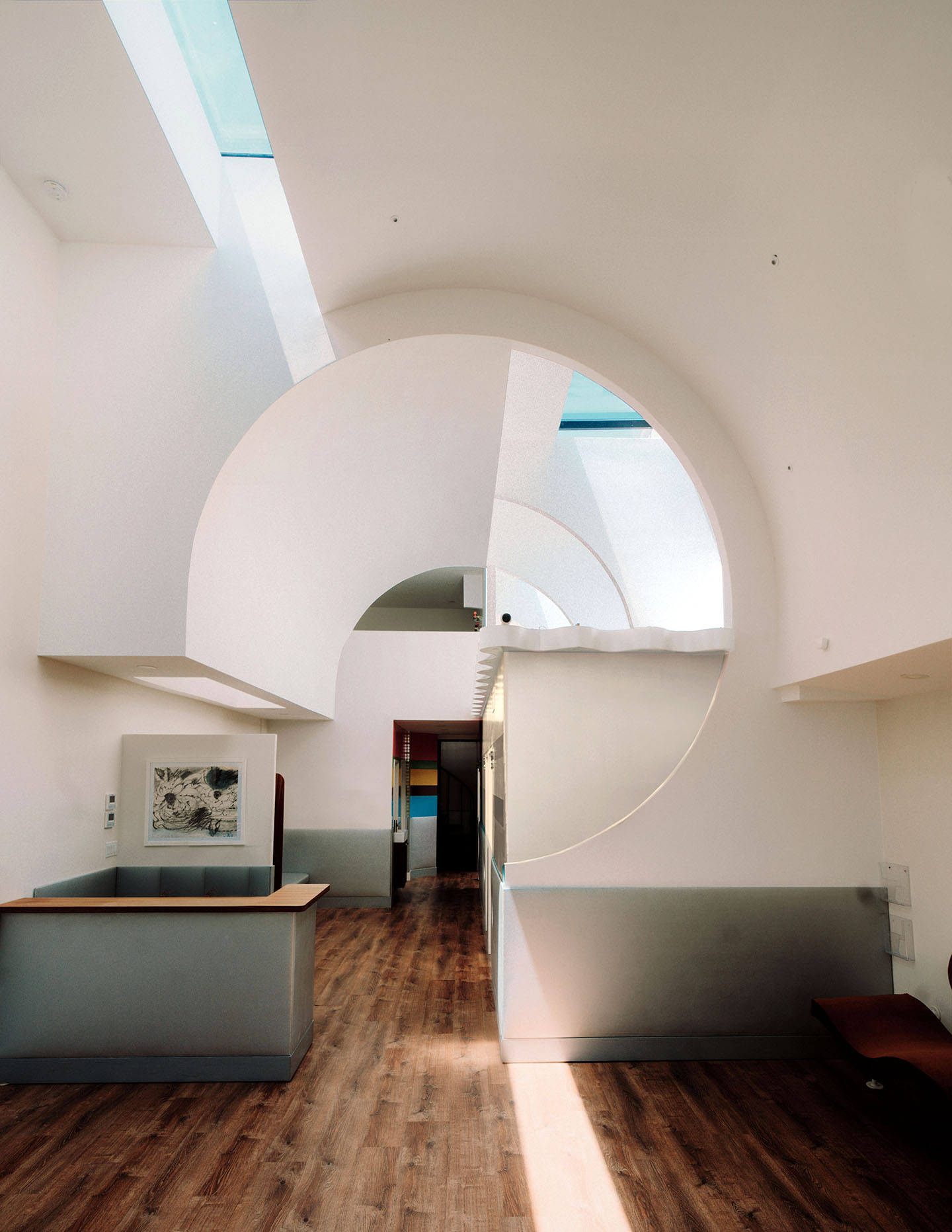 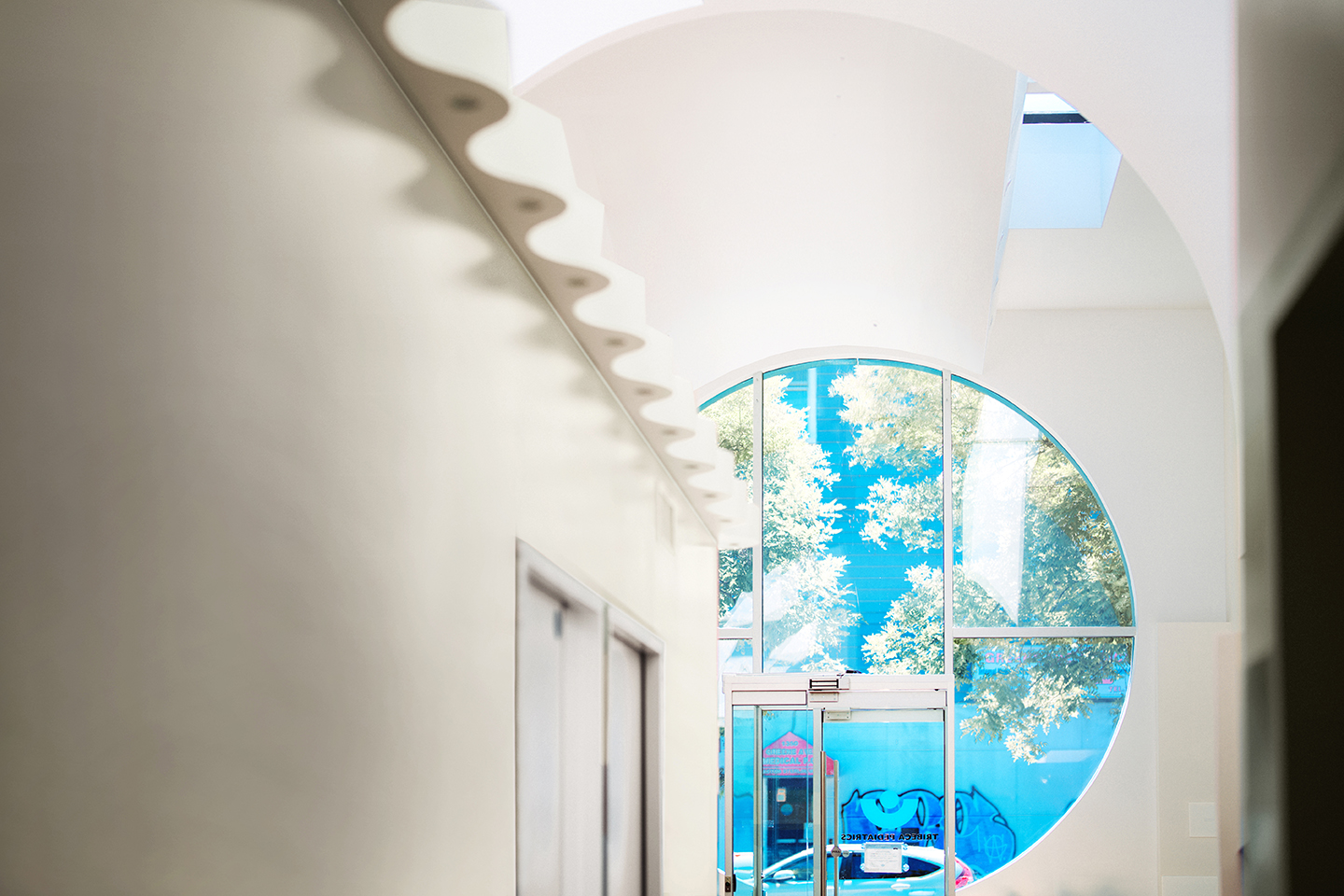 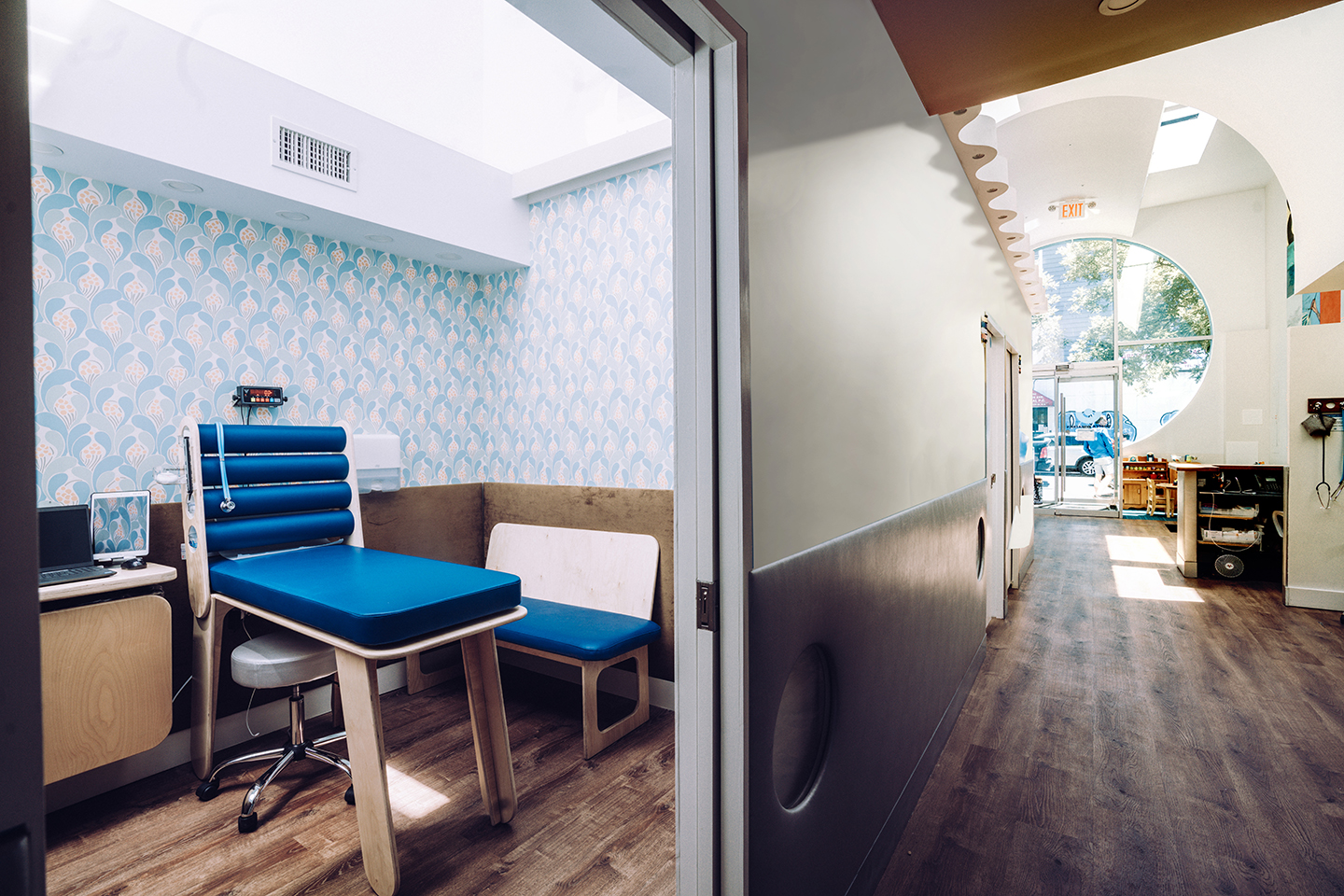 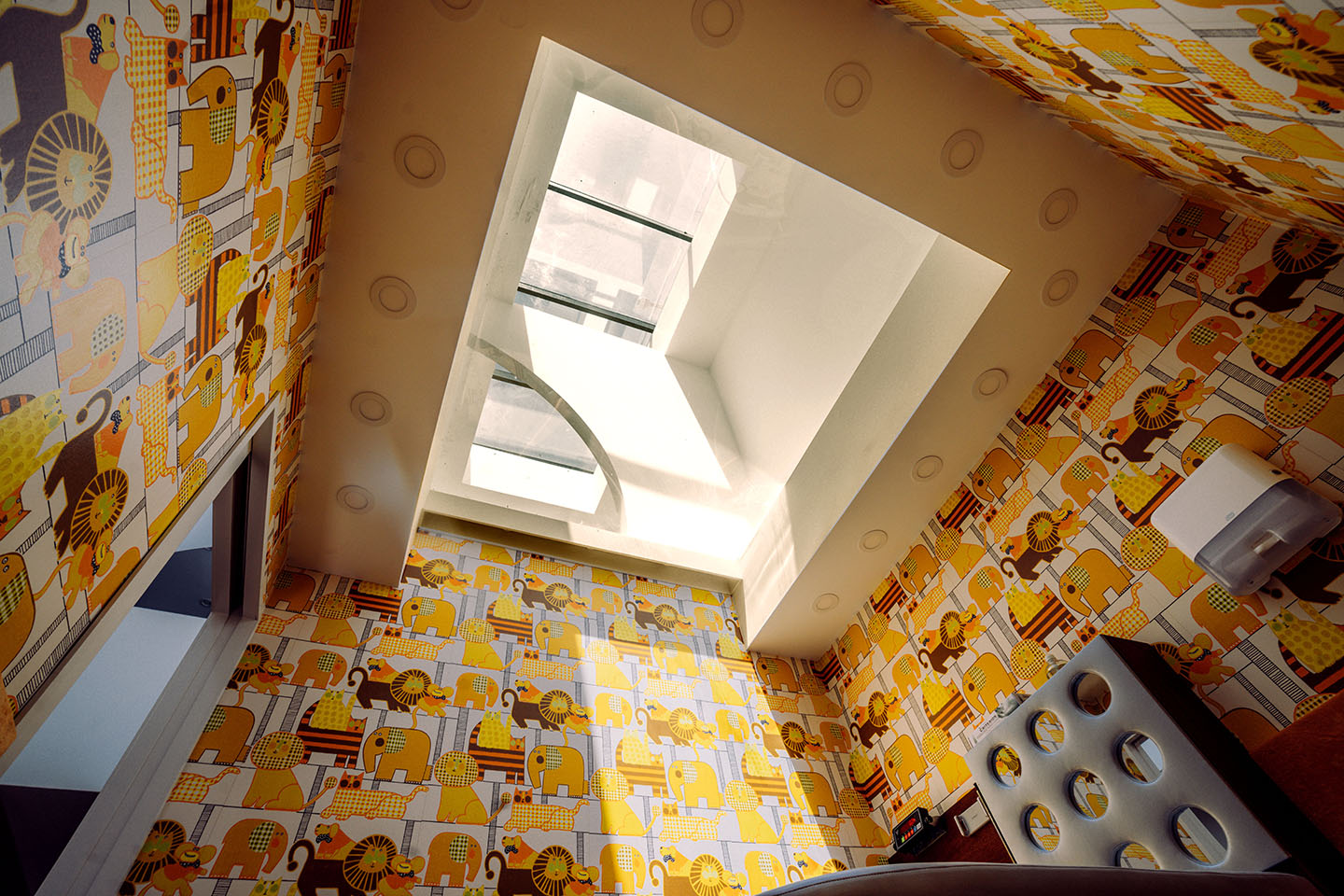 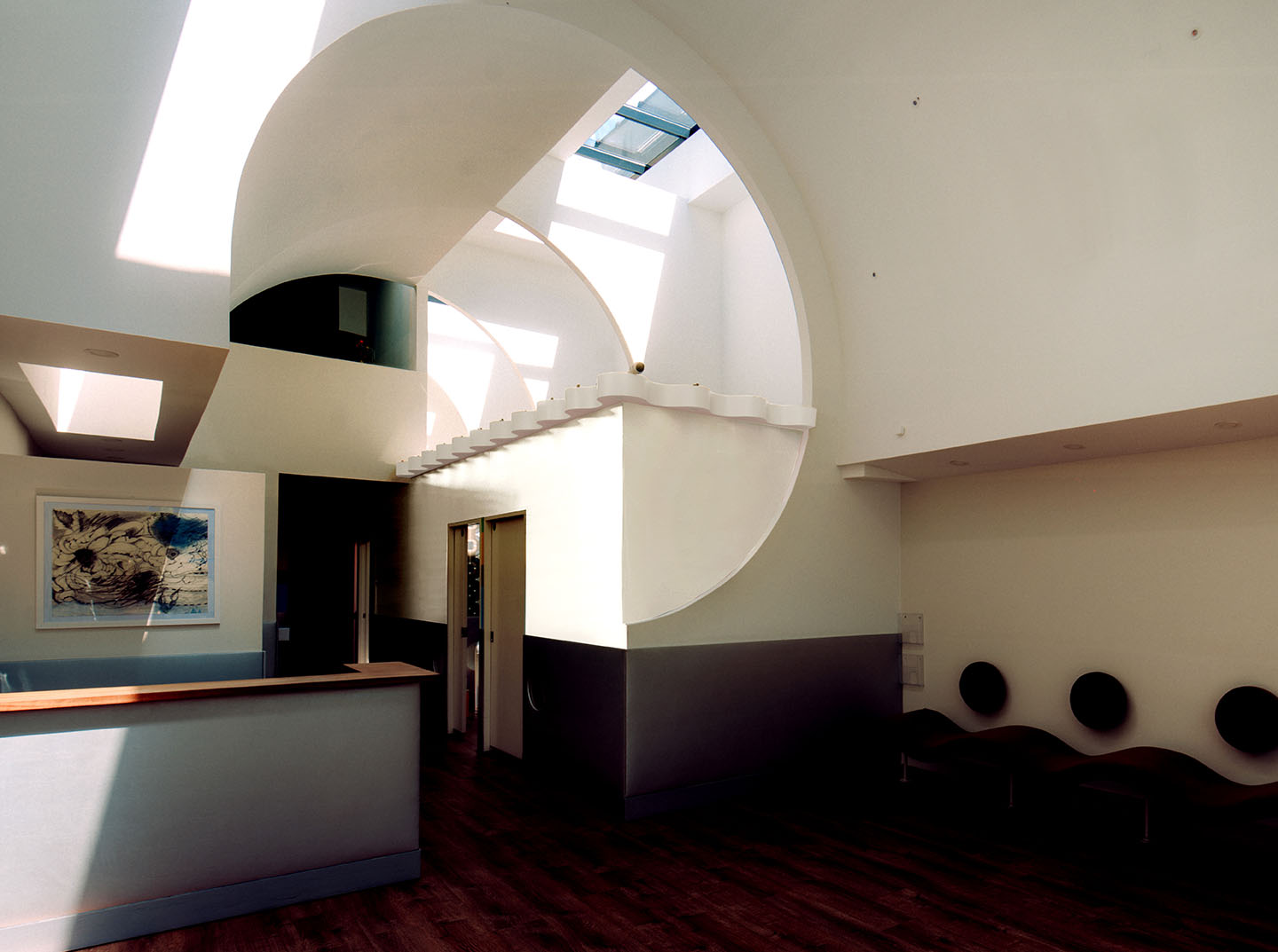 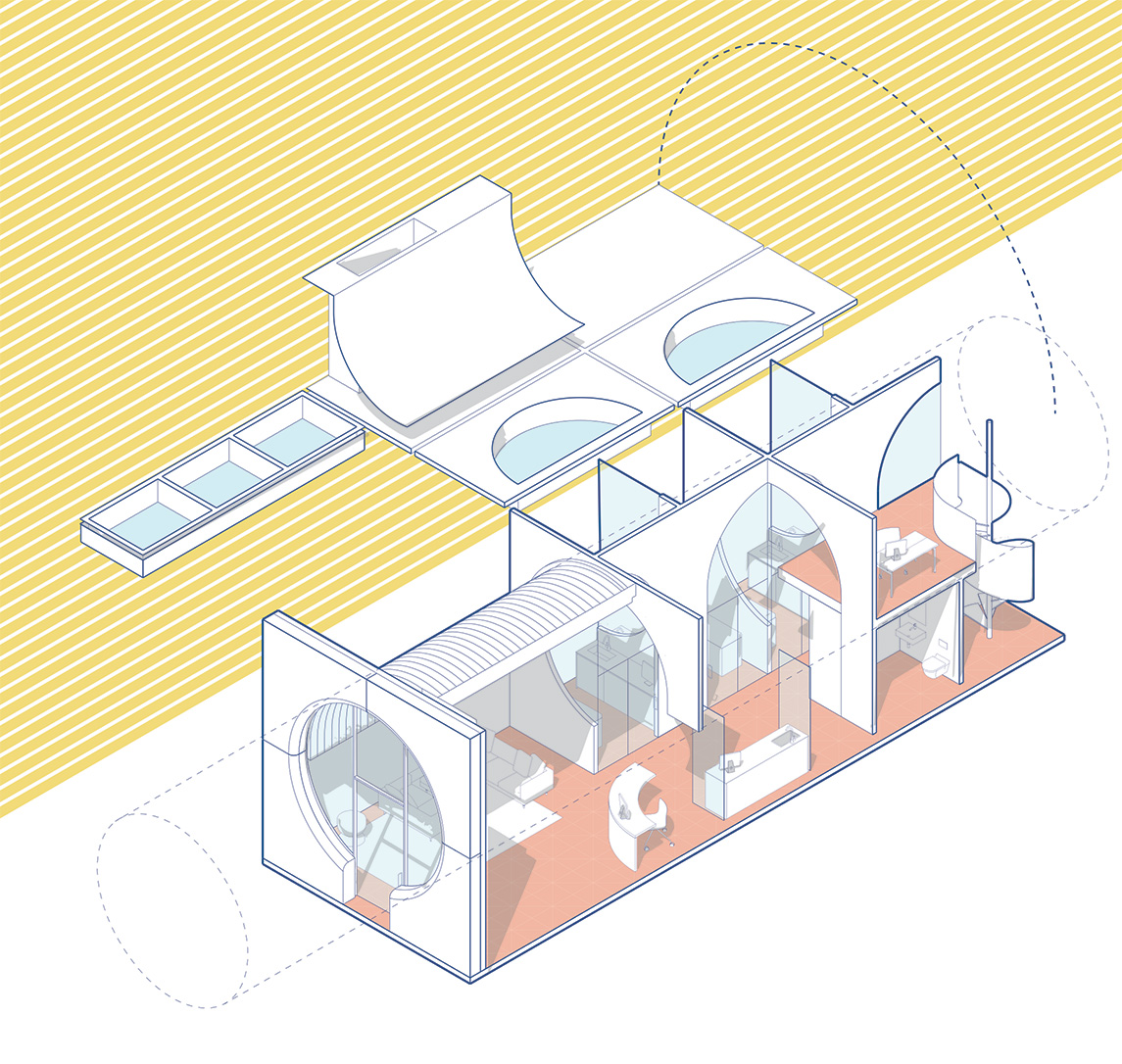 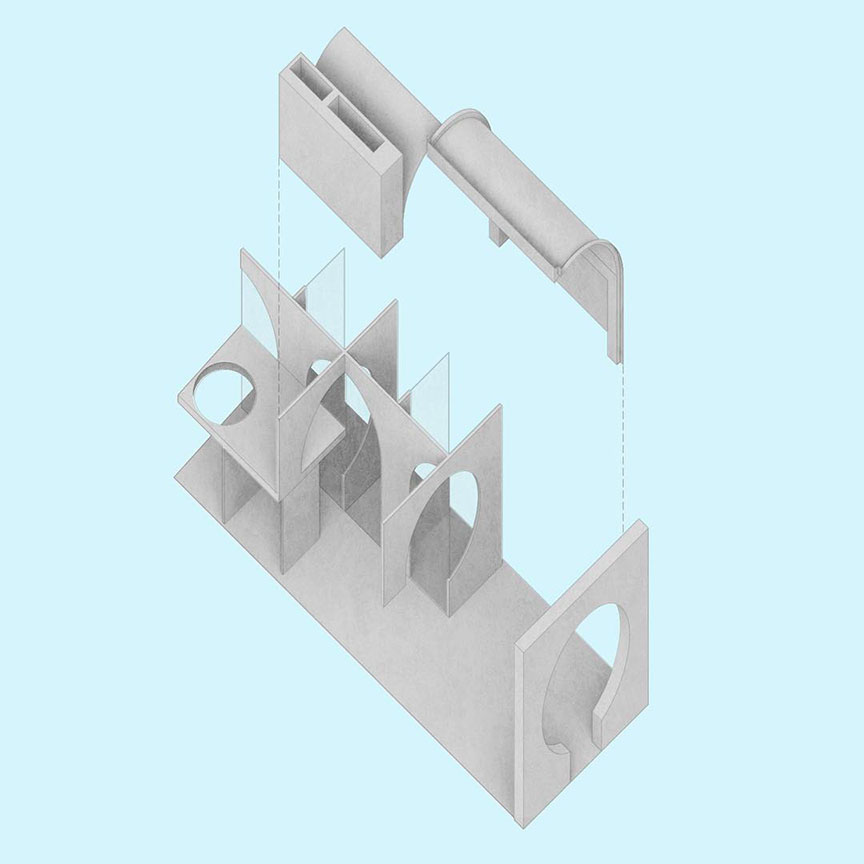 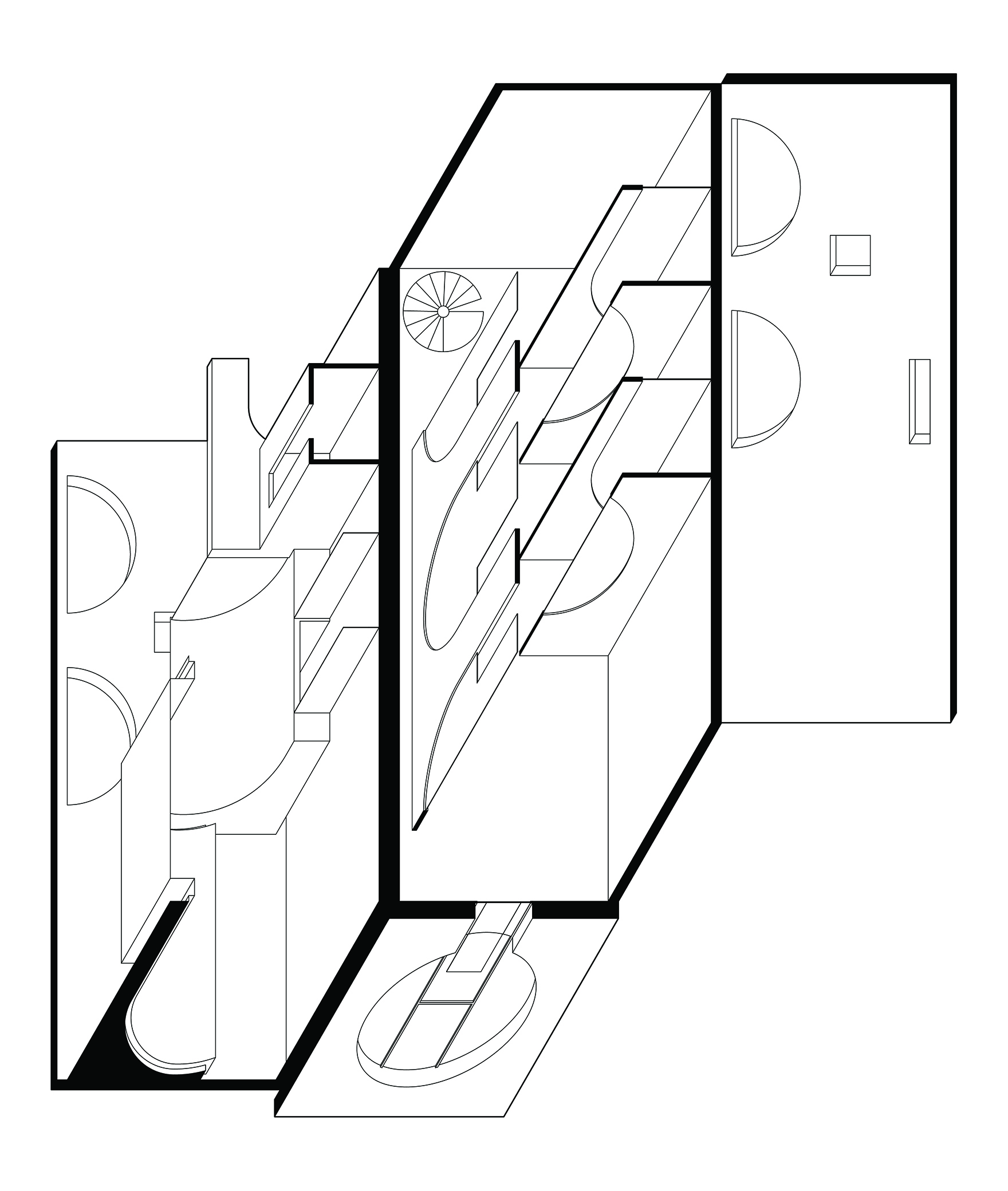 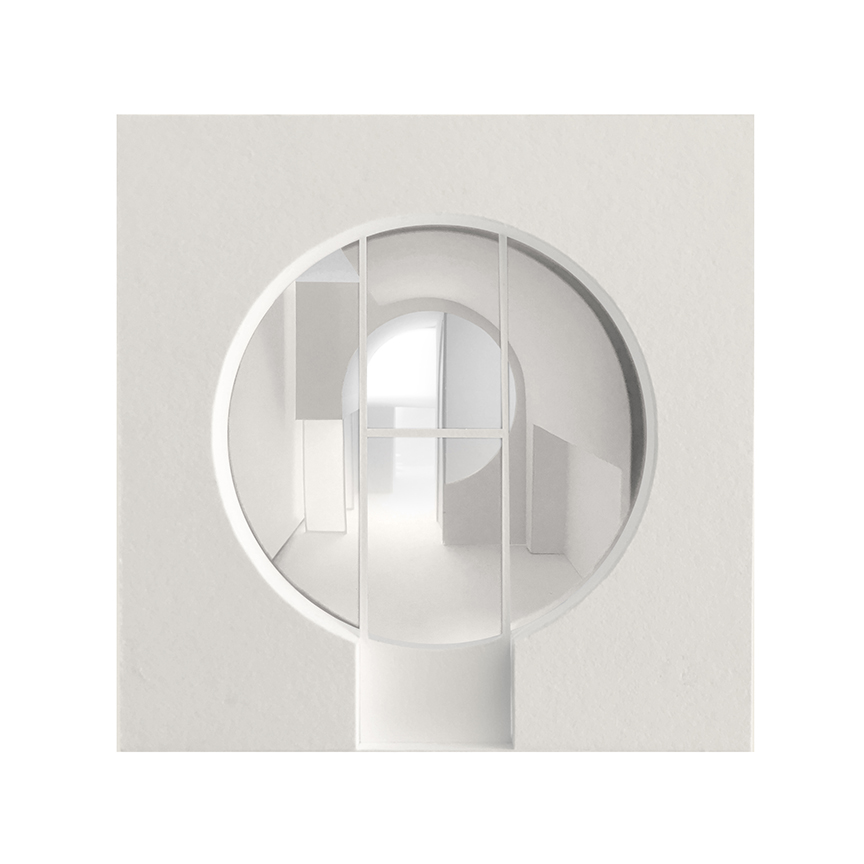 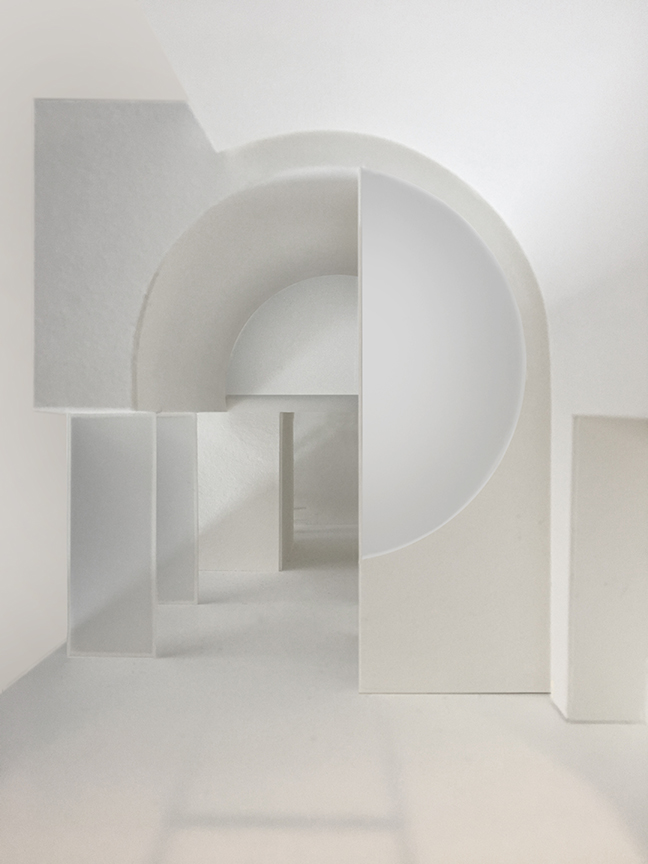 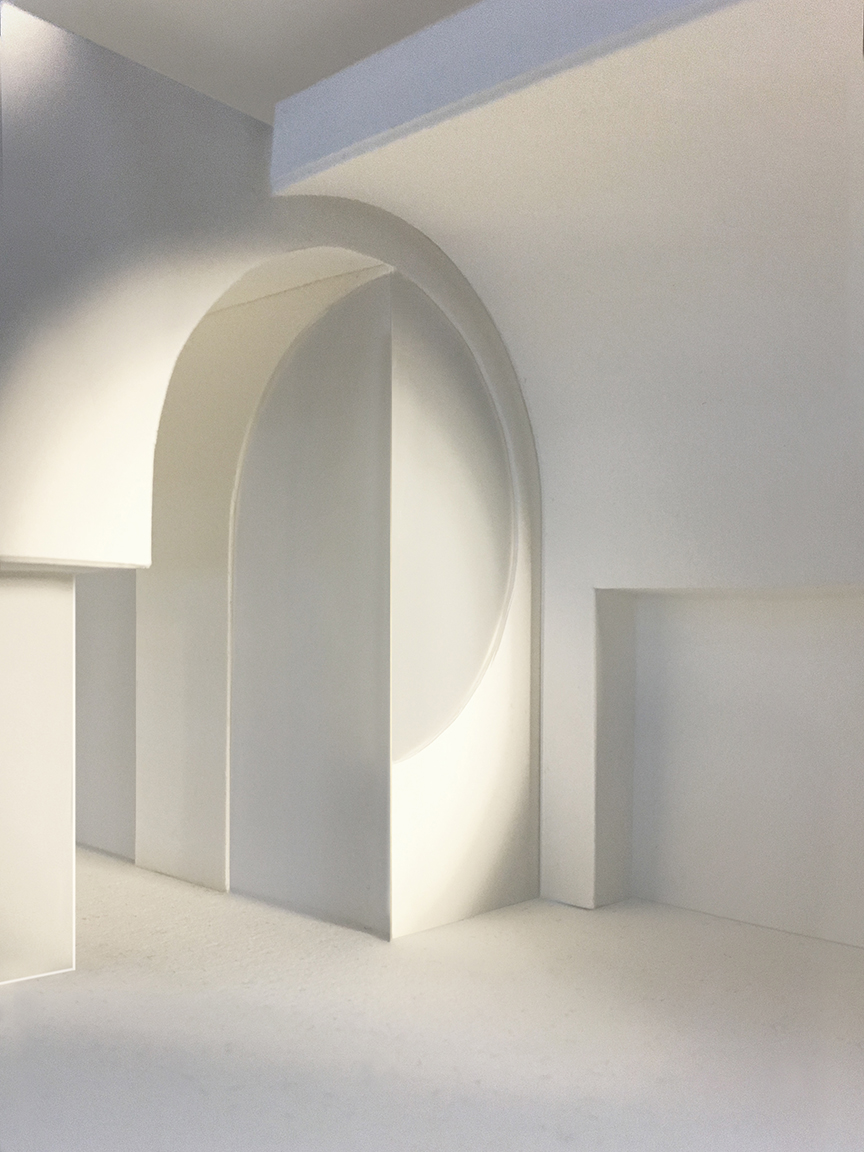 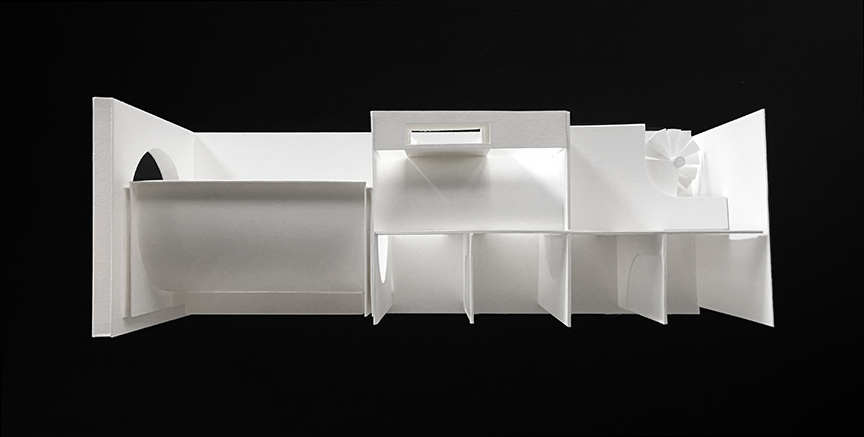 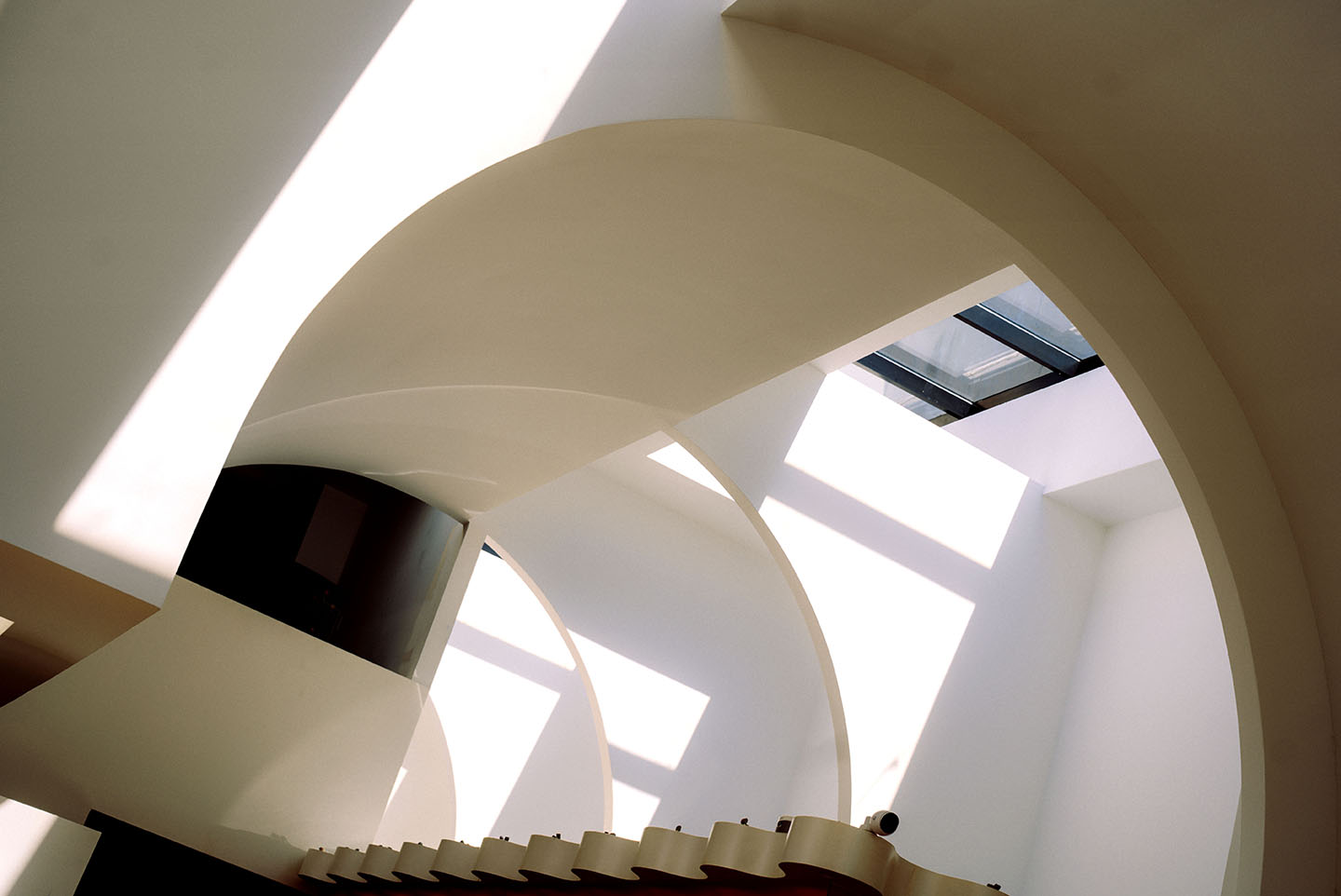 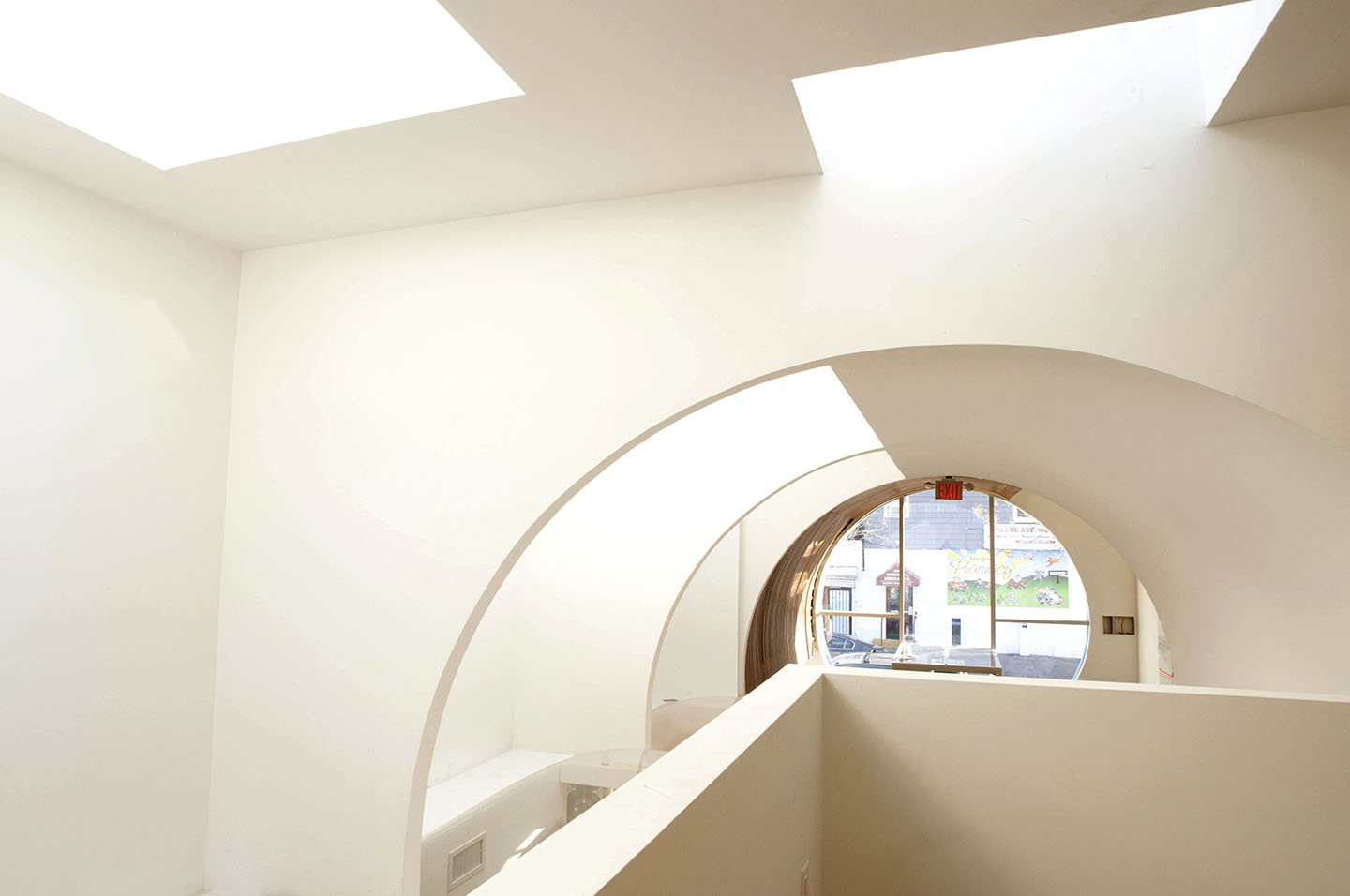 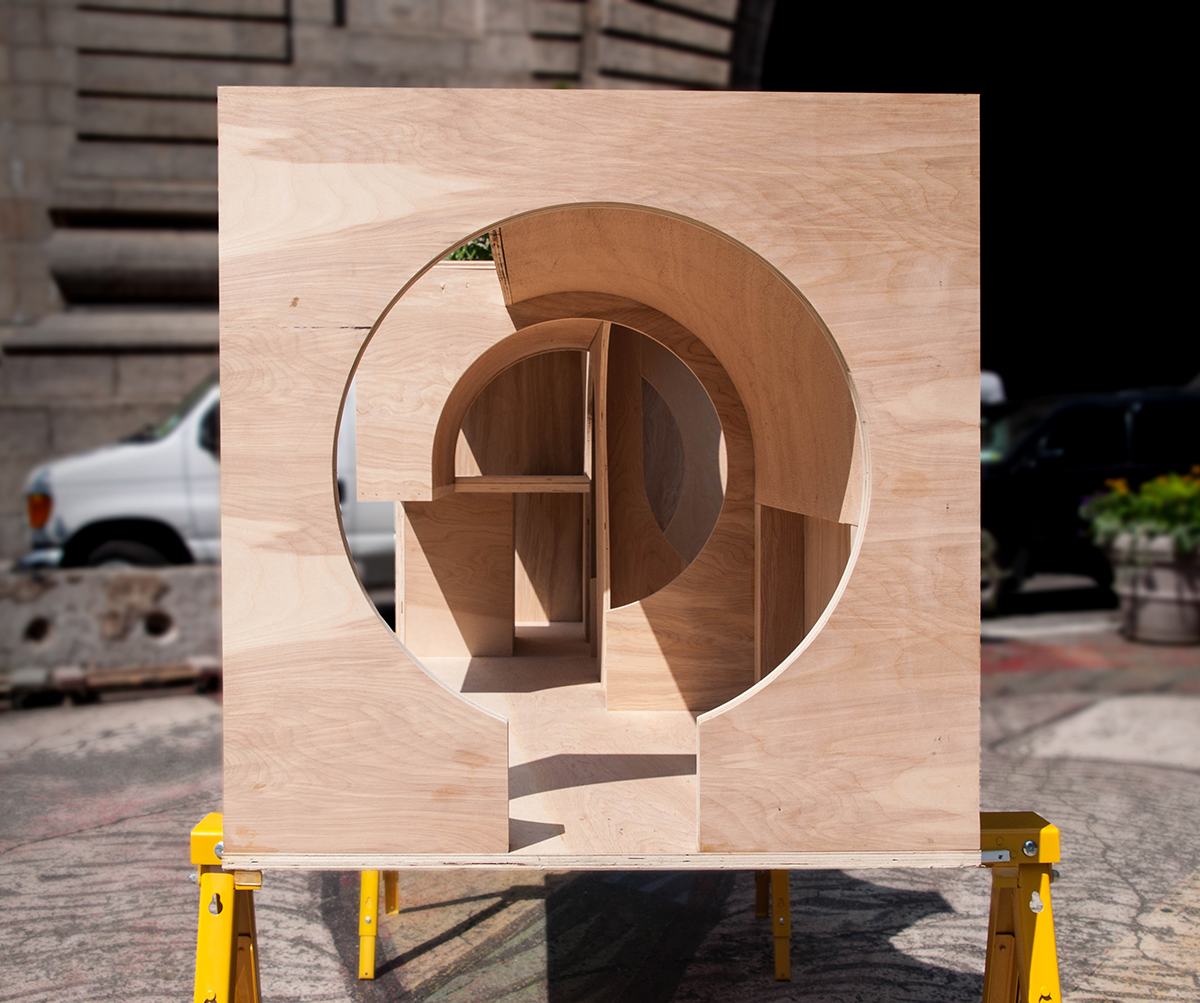 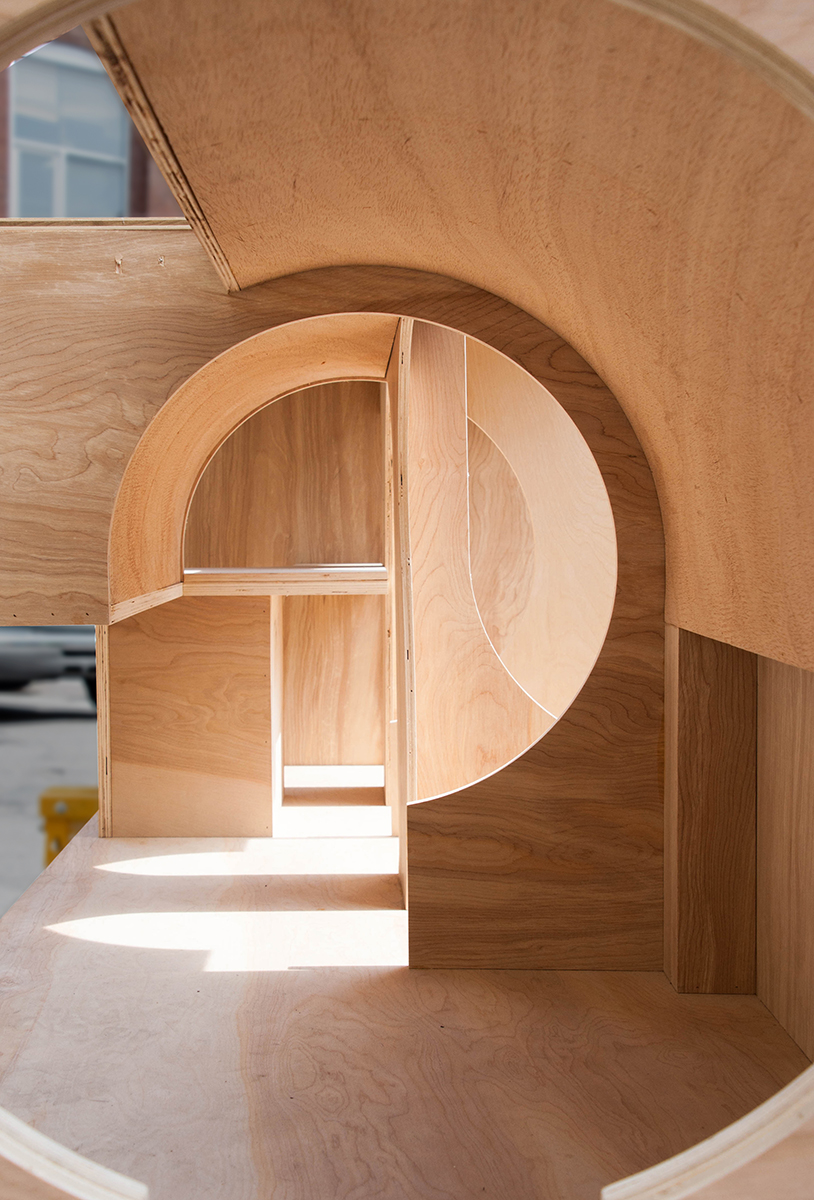 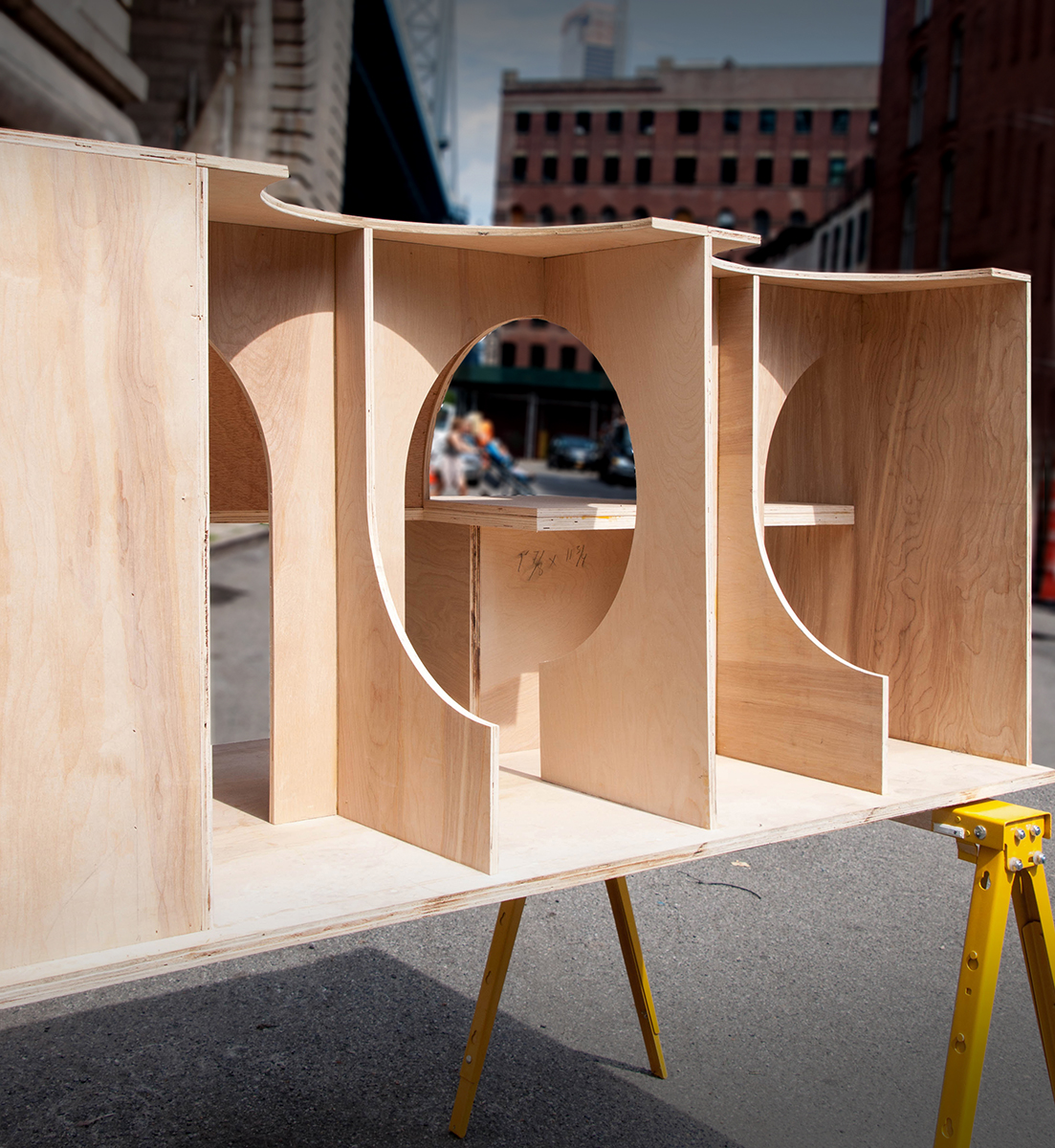 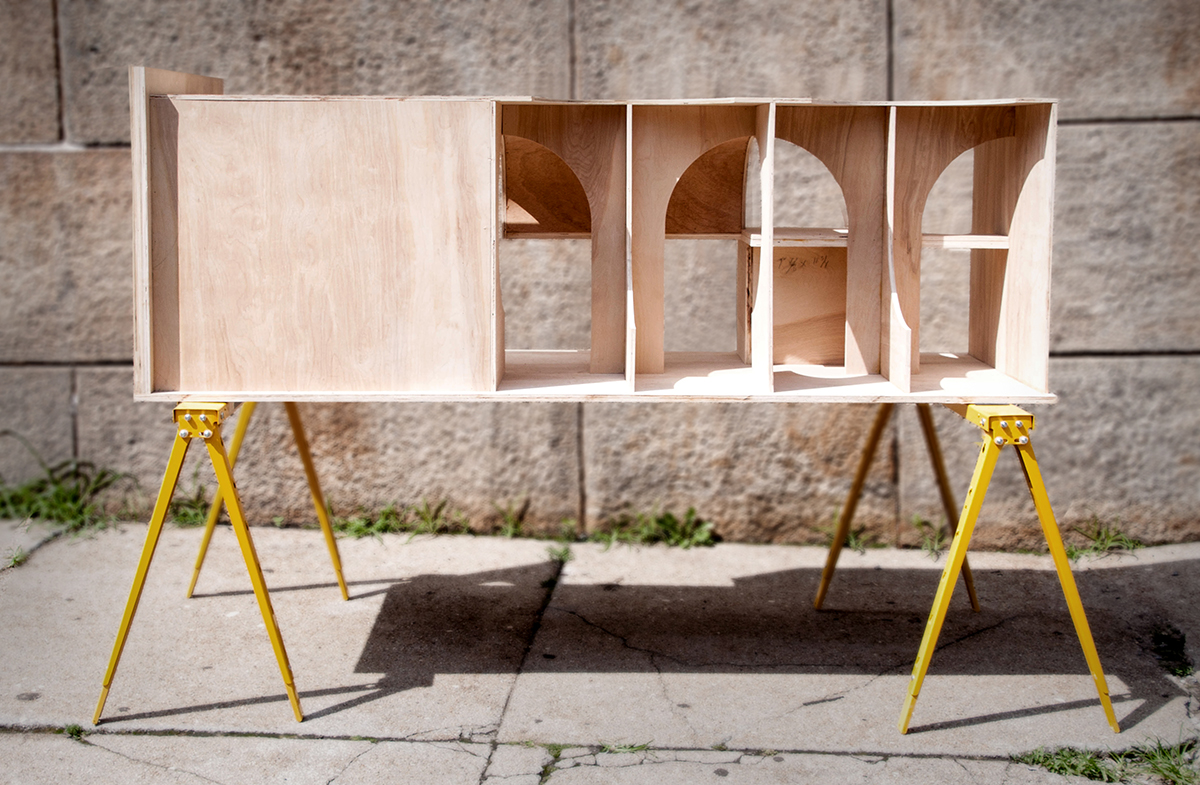 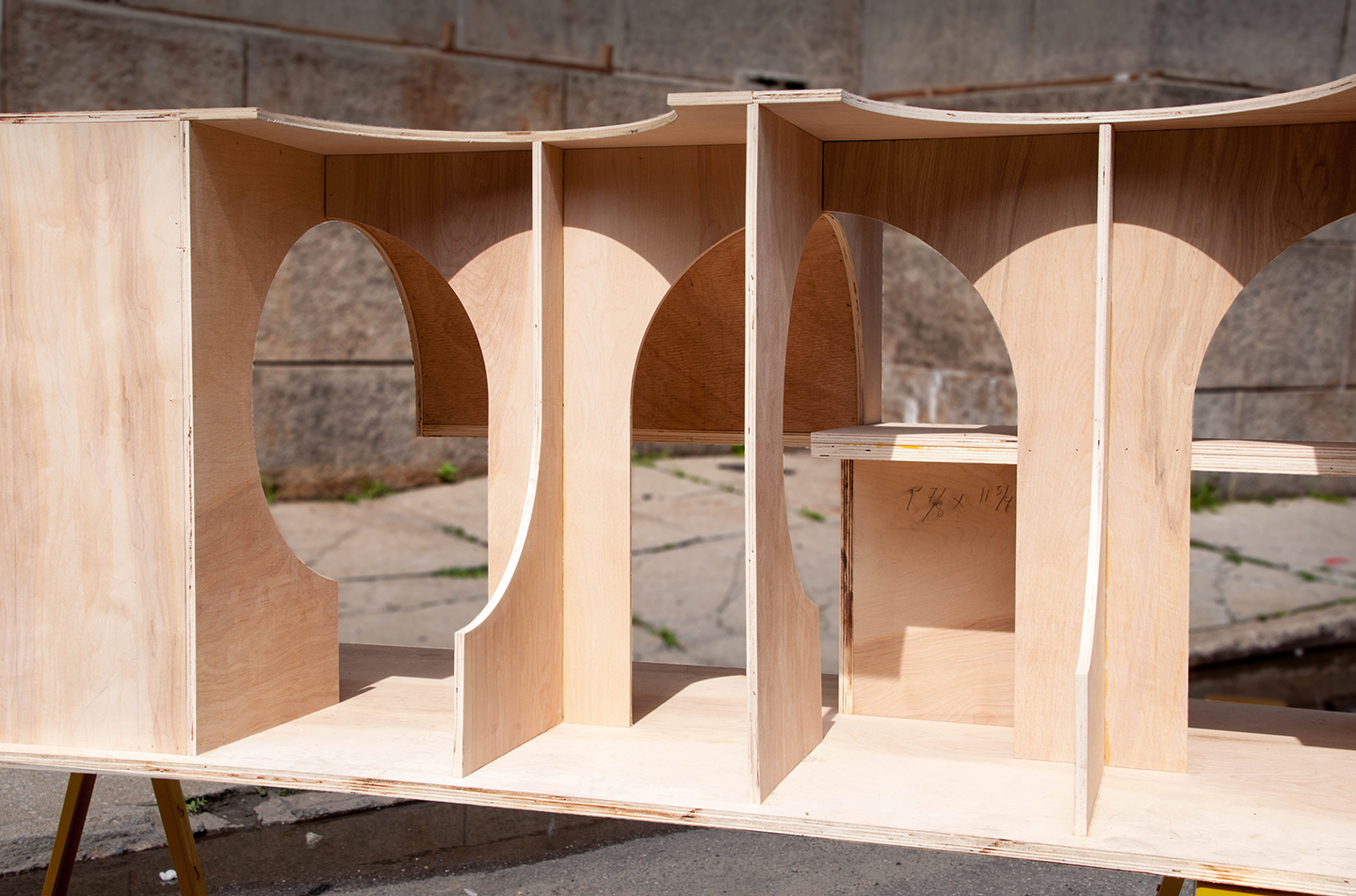 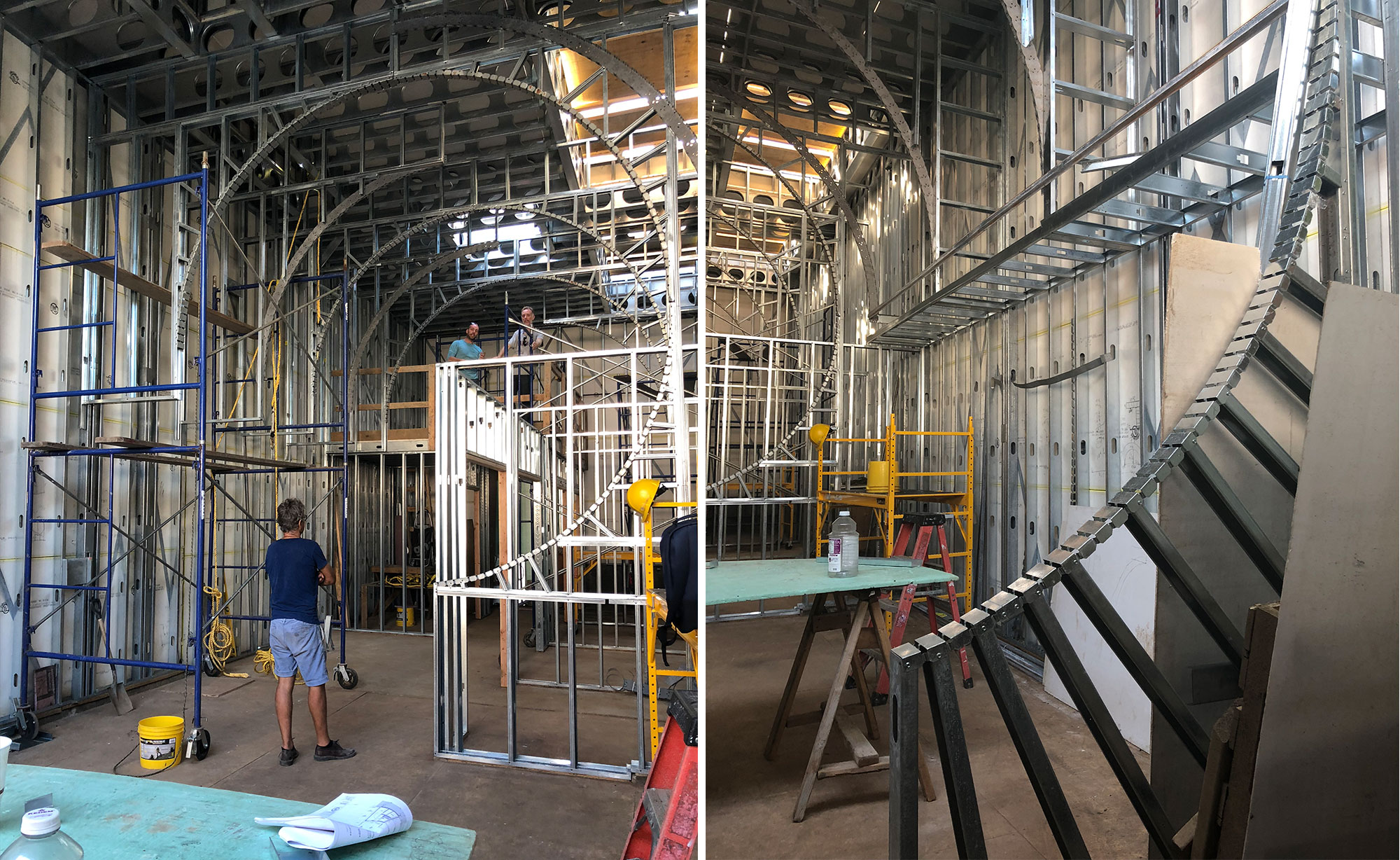 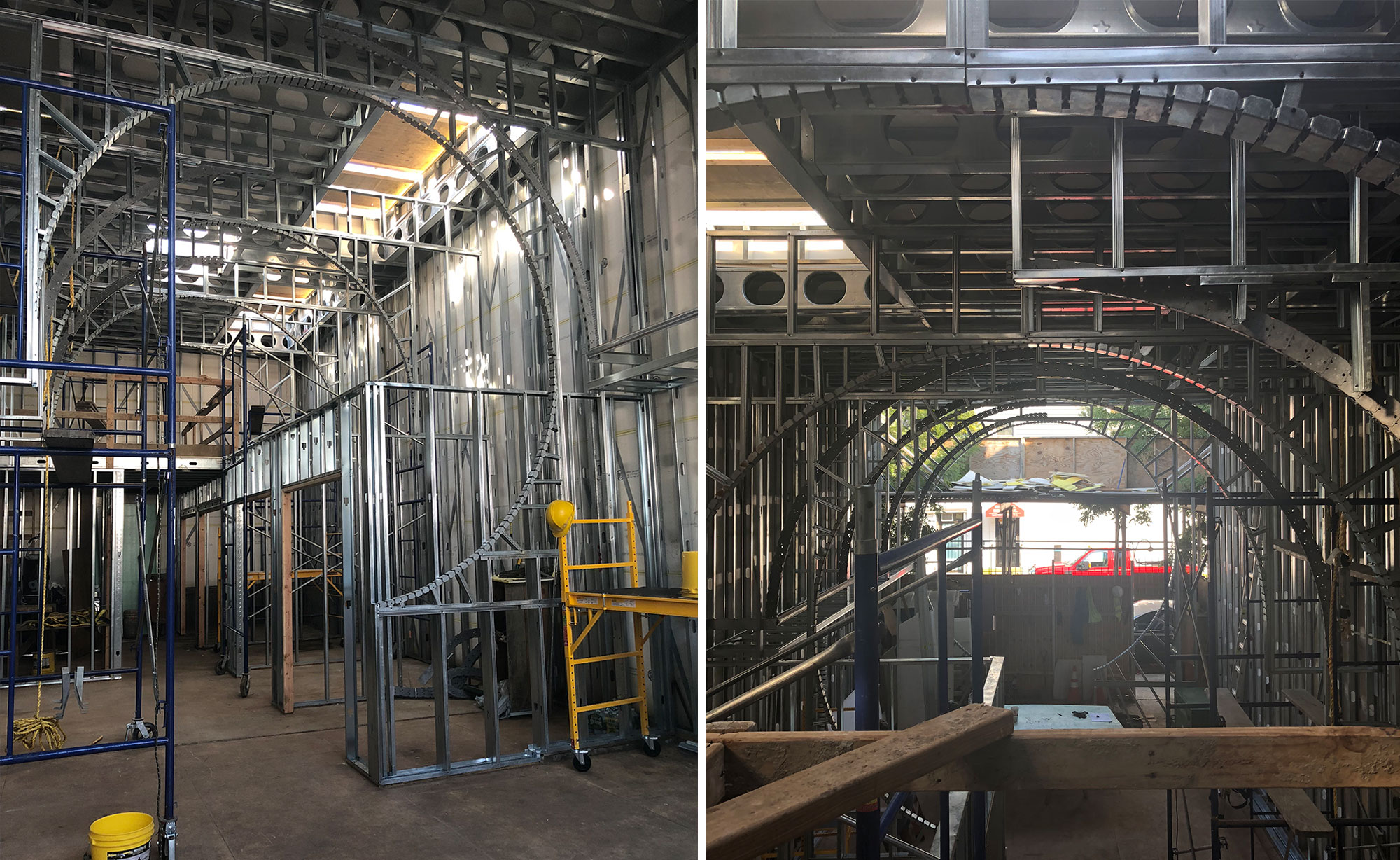 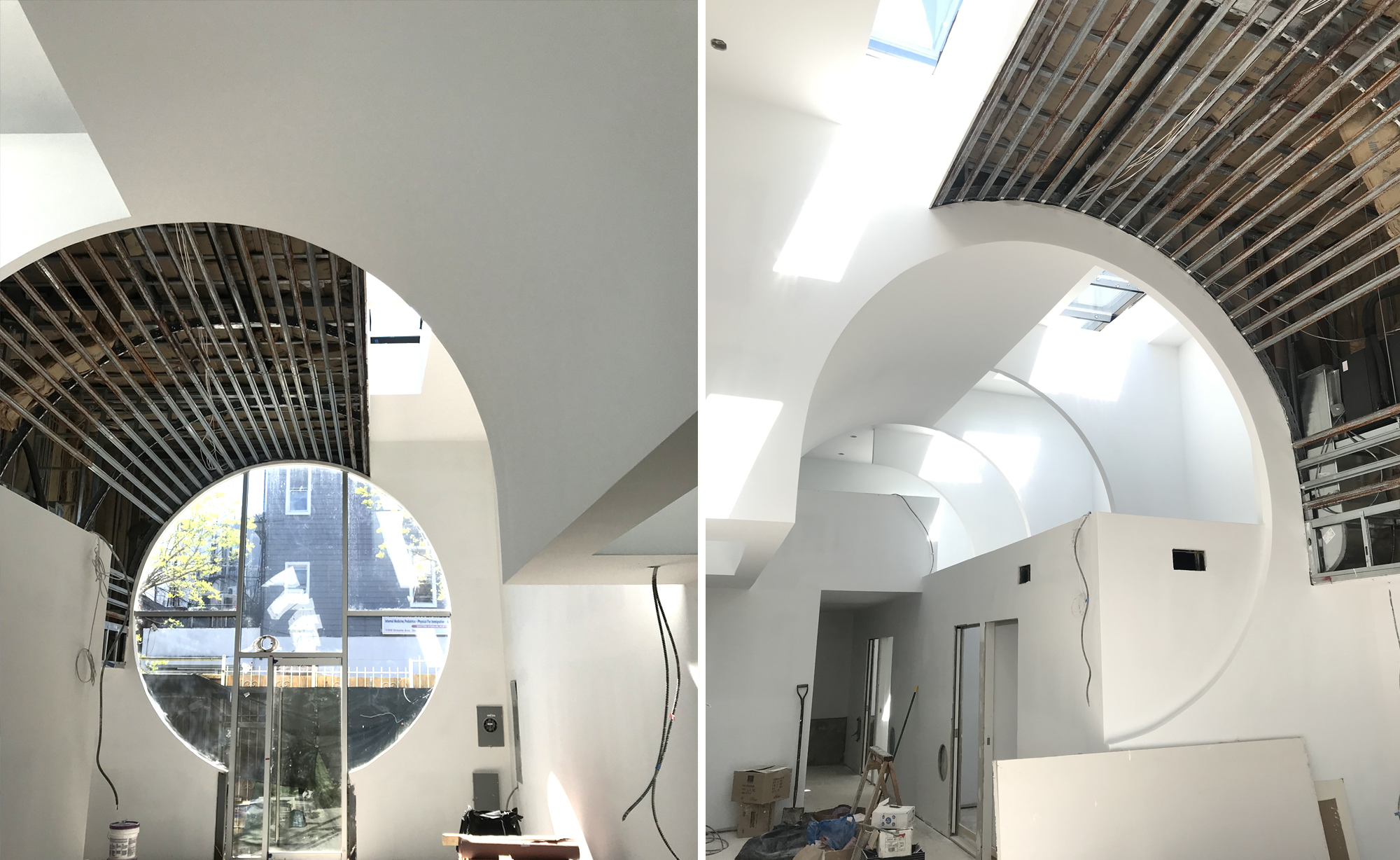 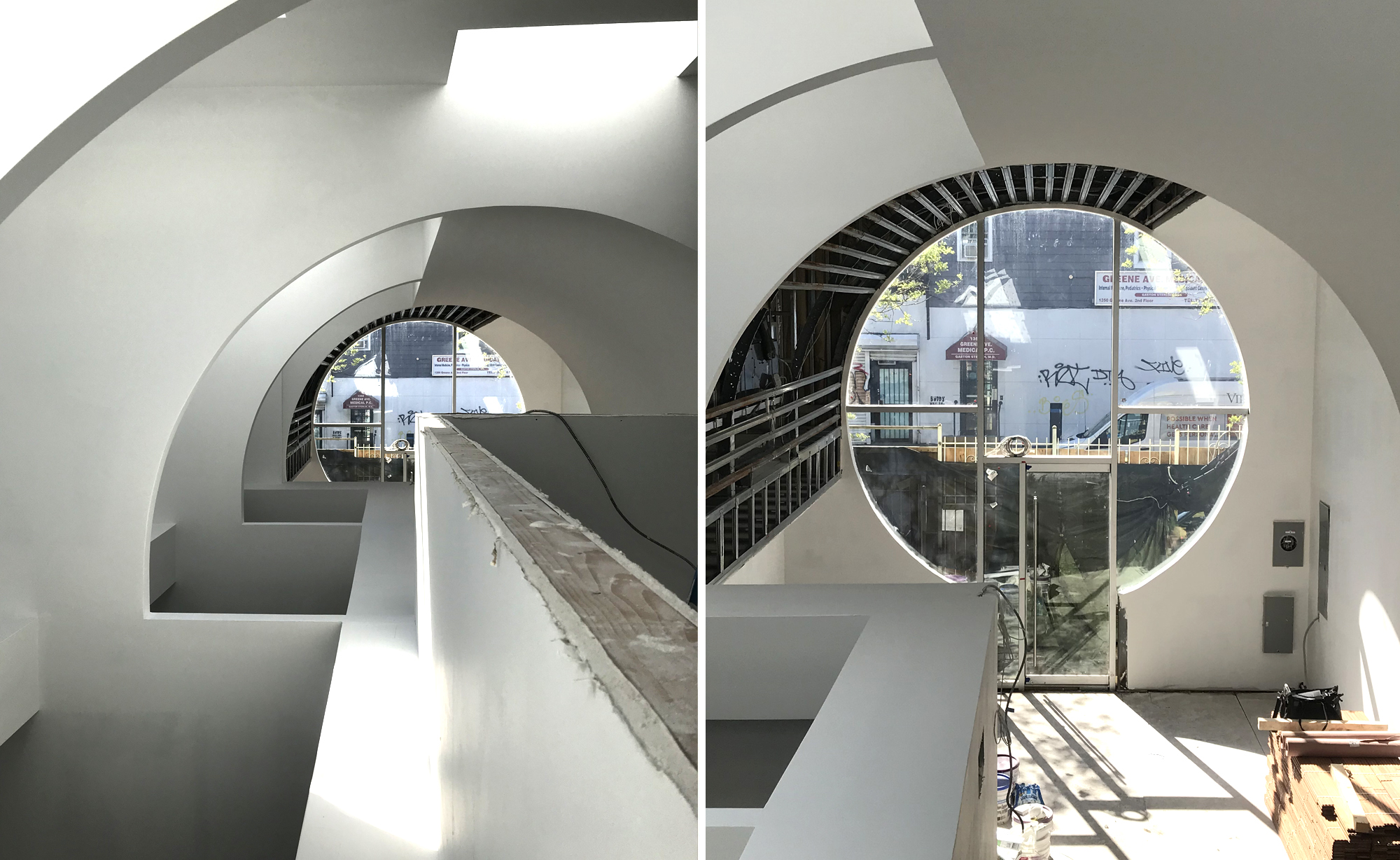 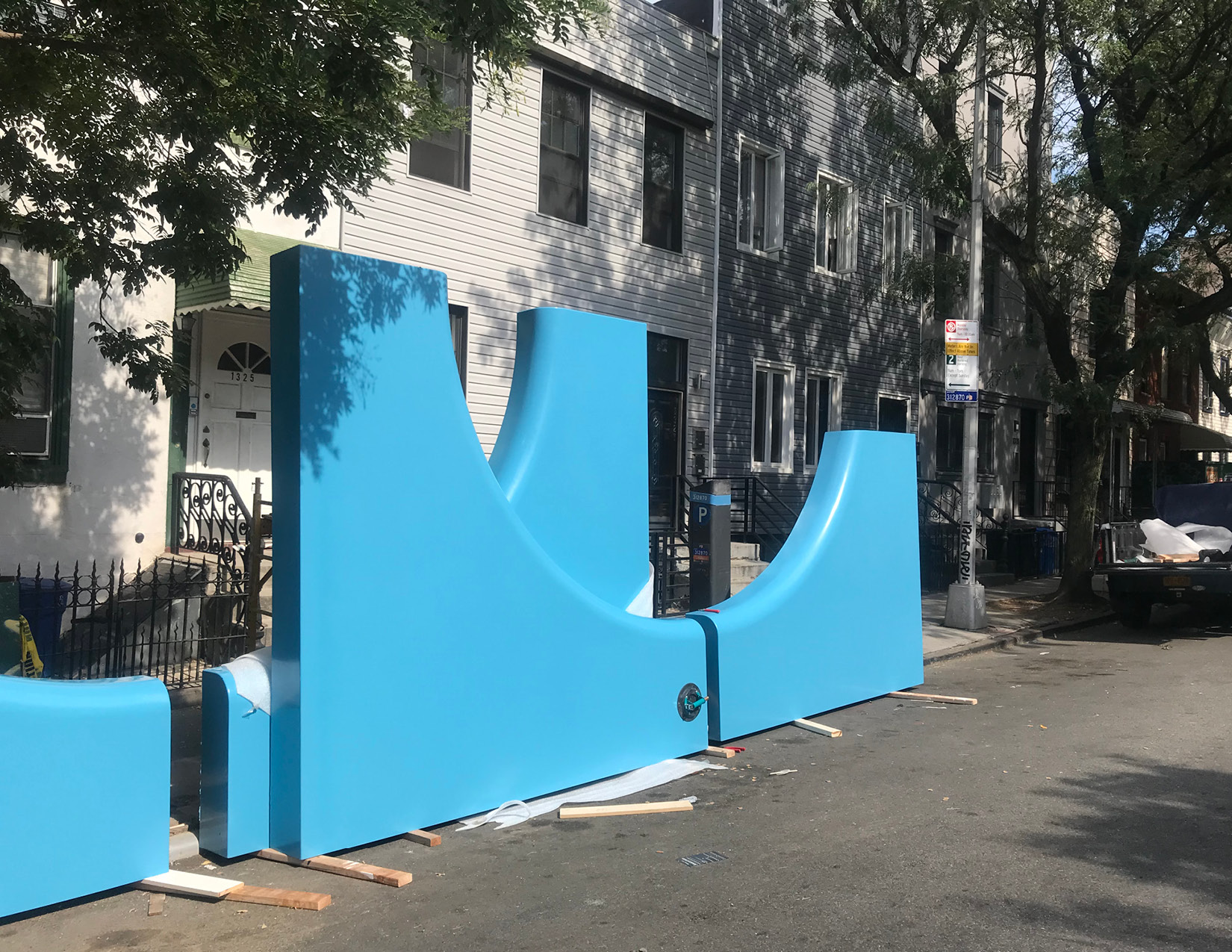